In Harpur Trust v Brazel, the Supreme Court (SC) upheld the previous decisions on the statutory holiday entitlement of a part-year worker who is employed (or ‘under contract’) during non-working periods and how much holiday pay they should receive.

The claimant (B) is employed as a music teacher working at a school run by the Harpur Trust (H) on a permanent, year-round zero hours basis and is only paid for the work she carries out. Under the Working Time Regulations (WTR) and her contract, she is entitled to 5.6 weeks’ paid holiday that she is required to take during the school holidays. No time during the school holidays is designated as holiday. Instead, B receives a payment in respect of one third of her paid holiday entitlement for the year at the end of each term.

Originally, H calculated B’s holiday entitlement and pay using ‘the calendar method’. H accepted that B was entitled to 1.87 weeks (one-third of 5.6 weeks) holiday at the end of each term and H would then pay B 1.87 weeks of her average weekly pay from the reference period as holiday pay.

In 2011, H changed the way it calculated B’s holiday entitlement and pay to follow ‘the percentage method’. The amount of holiday that B was entitled to was calculated by applying a rate of 12.07% to the hours B had actually worked (on the basis that 5.6 weeks equates to 12.07% of hours worked over a full year). This change resulted in a reduction of B’s subsequent holiday payments.

B submitted an unlawful deductions claim to the Employment Tribunal on the basis that the percentage method was not compliant with the WTR or the ‘week’s pay’ requirements of the Employment Rights Act 1996 (ERA).

The Employment Tribunal dismissed her claim. Both the Employment Appeal Tribunal and Court of Appeal found in B’s favour. H’s appeal to the Supreme Court (SC) was heard on 9 November 2021.

The Harpur Trust decision is entirely consistent with the existing law. However, the Supreme Court has provided clarity on the following points:

Practical implications and next steps

The Harpur Trust decision is not limited to those who work during term time only; it applies to all workers.

However, in practice, it will only impact upon those who work during part of the year and remain ‘under contract’ during periods of non-work (for example, because they may work only during term-time or who work infrequently / occasionally during the year). We therefore recommend that employers:

The most common application of the percentage method is the practice of paying bank workers an additional payment of 12.07% of hours worked in respect of or in lieu of their WTR holiday entitlement. However, it does not necessarily follow that the percentage method will result in an underpayment of holiday pay; for a variety of reasons, overpayments are just as likely. This is complex area and we recommend that employers review their current arrangements with the benefit of legal advice in order to decide the best way to approach the calculation of holiday pay entitlement and pay for bank workers going forward.

The WTR is a complex piece of legislation that has been the subject of numerous disputes, legal challenges and appeal court decisions. Our employment team has significant experience of supporting employers on working time issues (by drafting policies, contracts and delivering training to employees at all levels) and also to deal with any complaints that may arise (by conducting investigations, supporting decision makers and HR, and defending any employment tribunal claims).

If you would like to access advice, training or further guidance on working time issues (either generally or in relation to a specific case), please contact Nicola Green, Chloe Edwards or Sean Hick. 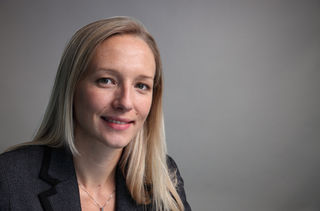 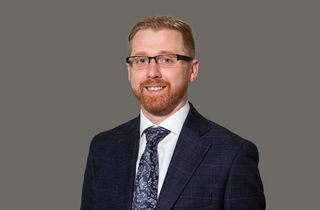