In the case of Tesco Stores Ltd v Tennant, the Employment Appeal Tribunal (EAT) has provided helpful guidance on how and when the long-term effect of a condition should be assessed. In our experience, employers often seek advice from occupational health regarding the long term nature of a disability but this case highlights that what is critical is establishing when any long term effect arose. This will be a significant point for HR to consider in managing staff.

Under the Equality Act 2010, a person is disabled if he or she has a “physical or mental impairment that has a substantial and long-term adverse effect on their ability to carry out day-to-day activities”. The effect of an impairment is “long-term” if it has (a) lasted for at least 12 months, (b) is likely to last at least 12 months or (c) is likely to last for the rest of the life of the person affected.

Mrs Tennant was a checkout manager for Tesco. She was absent from work with depression from September 2016. She brought claims for disability discrimination and harassment based on Tesco’s alleged actions towards her, all of which were alleged to have occurred between September 2016 and 11 September 2017.

At a preliminary hearing, the Employment Tribunal (ET) found that the claimant was disabled as she had an impairment that had an adverse effect from 6 September 2016. As she was still suffering from the impairment 12 months later when she submitted her claim, the ET concluded that the long-term requirement was satisfied and the Claimant was disabled for the purposes of the Equality Act.

Tesco appealed this finding to the EAT.

The EAT disagreed with the ET’s finding and upheld Tesco’s appeal.

The EAT found that it was necessary to determine whether the definition of disability was satisfied at the time of the alleged discriminatory acts, and not at the time the claim was submitted. Mrs Tennant had put forward no medical evidence dated before 6 September 2017 which suggested that at that time her condition had lasted or was likely to last 12 months. Accordingly, the EAT found that the ET could only consider alleged acts of discrimination which had taken place after 6 September 2017. Mrs Tennant’s claims in respect of acts which took place before this date were not allowed to proceed.

This decision emphasises the need to give careful consideration to medical evidence on prognosis, in order to understand when the potential for an impairment to have a long-term effect arises. We recommend that the timing of the commencement of any long term effect is queried in any reference to occupational health. This will be relevant to employers who are assessing disability as part of the management of staff, as well as in the defence of claims in the ET. If the evidence does not suggest that an impairment was, or was likely to be, long-term at the time of the discriminatory act or acts, then they will not fall within the protection of the Act, even though the condition may subsequently turn out to be long-term. Employers should consider the relevant timeframes and evidence when faced with a claim, particularly where the claim relates to ongoing acts over a period of time.

For further information on how this issue might affect your organisation, please contact Rachel Luddem, Chloe Edwards or Alistair Kernohan. 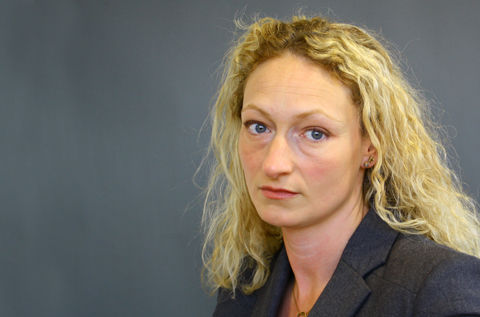 Alistair Kernohan
AssociateLeeds
alistair.kernohan@capsticks.com
0113 322 5583
Share this insight
Back to top