Capsticks recently represented the Trust in Al-Obaidi v Frimley Health NHS Trust (“the Trust”). In this case, the High Court has today issued Judgment refusing a permanent injunction to prevent the Trust from continuing with disciplinary proceedings against Dr Al–Obaidi. The application for a permanent injunction was refused on the basis that there was a case to answer in respect of two disciplinary charges against Dr Al–Obaidi.  Dr Al–Obaidi’s arguments that an injunction should be granted to halt the process owing to procedural irregularities and delay were rejected. A more detailed background is set out at the end of this update.

Faced with potentially conflicting legal authorities, the High Court determined that the legal test to be applied in this case was either: (a) Dr Al-Obaidi had a contractual right not to be exposed to a disciplinary hearing unless there is a case to answer (which would involve the High Court deciding the issue afresh), or (b) it is necessary to imply into the contract a term that the Case Manager’s discretion to refer a case to a disciplinary hearing will be exercised in good faith and rationally (which would involve the High Court objectively testing the decision of the Case Manager).

In this case, the High Court favoured the latter approach and found that the Medical Director was entitled to find, on the basis of the evidence put before him by the independent investigator, that there was a case to answer in respect of the allegations against Dr Al-Obaidi. His decision that it was appropriate to hold a disciplinary hearing was made in good faith and was rational.

Although there were some procedural irregularities, including delay to the process, these were not sufficiently serious, individually or cumulatively, to justify the granting of a permanent injunction.

Dr Al-Obaidi’s application for an injunction was therefore dismissed.

There are several practical points to take away from the Judge’s findings in this case:

The case has a complex background. Dr Al-Obaidi is a consultant cardiologist based at Wexham Park Hospital. His terms and conditions of employment incorporate the provisions of the national framework for managing doctors and dentists, Maintaining High Professional Standards in the Modern NHS (MHPS).

In January 2018, the Trust commenced an investigation involving Dr Al–Obaidi under MHPS on the basis of eight concerns. One of the concerns (ultimately) related to whether or not Dr Al–Obaidi had given a misleading account in relation to the management of a patient (“Allegation 8”).

Following an investigation, the Trust found that there was a case to answer in respect of four of the eight allegations.  Three of those four allegations were subsequently dealt with informally. Allegation 8 was split into two parts, following the emergence of further information: (a) Dr Al-Obaidi had made misleading comments in a report he wrote about the case dated 1 July 2017, and (b) he said that another doctor had told him on 19 January 2017 that the patient had suffered a coronary perforation.

Following investigation into the further information, the Trust’s Medical Director, Dr Ho (acting as the Case Manager), wrote to Dr Al-Obaidi on 25 January 2019 to inform him of his decision that there was a case to answer on Allegation 8 and that the Trust intended to proceed to a disciplinary hearing. Dr Al-Obaidi complained that evidence had been gathered in November 2018 in relation to IT records, which was relevant to the allegations against him but had not been disclosed.  He applied for an interim injunction preventing the Trust from continuing with the disciplinary action in any way. He argued that the court could restrain the Trust from proceeding with a disciplinary process on two broad grounds: that there was no case to answer and that the Trust was guilty of serious and irremediable procedural errors.

On 11 March 2019, an application for an interim injunction on this basis was rejected by Spencer J, who considered that further investigation into the November 2018 evidence should be permitted (in order that Dr Ho could then consider his decision further).

An additional investigation report was produced on 5 April 2019. Dr Ho informed Dr Al-Obaidi on 31 May 2019 that he considered that Allegation 8 should be considered at a disciplinary hearing.

Dr Al-Obaidi had initially been excluded from work whilst the investigation was undertaken and then restricted from attending the Wexham Park site.  In September 2018, Dr Al–Obaidi had been granted an interim injunction by Spencer J requiring the Trust to permit him to return to work at Wexham Park Hospital without restrictions.  However, this was not a live issue in the eventual High Court case.

Andrew Rowland, Alessandra Gettins and Emma Rowley from Capsticks acted for the Trust in this case. Mark Sutton QC and Laith Dilaimi from Old Square Chambers represented the Trust at the hearing.

For further information as to the impact of this decision, please contact Andrew Rowland, Chloe Edwards or Alistair Kernohan. 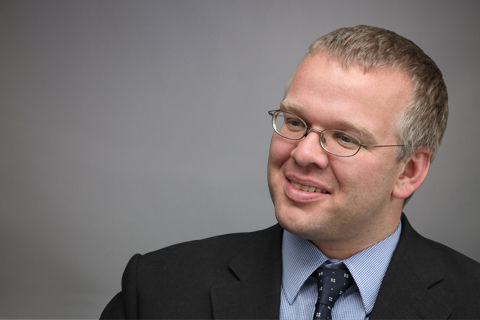 RT @CAPSTICKSLLP: We are proud be finalists with 2 entries for the 'Legal Services Provider of the Year' and 1 for 'Workforce Innovation Aw…

Capsticks is proud to sponsor tomorrow's @HSJnews Workforce Forum in #London. The theme for this year is around cre… https://t.co/5HOcouf93A

RT @PeopleMgt: What changes can the #PublicSector expect in 2020? 🗓️🤔 From post-#Brexit migration to exit payment caps, @EmpVickyW and @Sa…