The application of aggregation clauses in insurance contracts was considered by the Court of Appeal in the case of Spire Healthcare Ltd v Royal Sun Alliance Insurance Ltd [2022] EWCA Civ 17. The Court of Appeal allowed the appeal, finding that the claims should be aggregated and the limit of indemnity stood therefore as a single limit. This is a useful judgment for insurers when considering multiple claims which follow the actions of a single individual. Read on for a summary of the case and what it means for insurers.

The appeal was brought by Spire in relation to compensation they had paid to victims of Ian Paterson. Mr Paterson, a consultant surgeon operating at Spire premises was found to have performed operations without obtaining informed consent and performing mastectomies that were inadequate (leaving the patient exposed to a risk of recurrence of cancer or metastases), and undertaking unnecessary procedures.

Paterson was sentenced to 20 years in prison for wounding with intent to cause grievous bodily harm. The claims (approximately 750 of them) which followed, were settled via a compensation fund that Spire contributed £27 million to (the total sum paid by Spire, including its own costs, was approximately £37 million).

These claims were split into two groups:

The aggregation clause in Spire’s insurance contract stated that “The total amount payable…in respect of all damages costs and expenses arising out of all claims during any Period of Insurance consequent on or attributable to one source or original cause irrespective of the number of Persons Entitled to Indemnity having a claim under the Policy consequent on or attributable to that one source or original cause shall not exceed the Limit of Indemnity stated in the Schedule”.  The Limit of Indemnity was £10 million.

The Court allowed the appeal from the High Court which had found that there were two separate limits, totalling £20 million. The Court of Appeal held that this was a single limit of indemnity and therefore the total payable by insurers is £10 million.

The key was whether there was a single unifying factor. The Court found that there was: the behaviour and actions of Mr Paterson. Leading counsel for Spire sought to contend that the conduct by Mr Paterson in respect of Group 2 patients was “fundamentally different in nature” to his behaviour towards the Group 1 patients. The Court disagreed with this and, in considering an example, found that “the fact that the pattern of incompetence manifested itself in different ways did not alter the fact that the problem could be traced back to one incompetent / negligent surgeon who failed to treat his patients with adequate skill and care”. Whilst there may be separate individual events, as the issue could be traced to Mr Paterson’s actions, there was a “one source or original cause” per the aggregation clause. There must also be “some causative link between the originating cause and the loss”.

The Court did not, however, impose a general rule in relation to claims arising from the conduct of one individual. The Court stated that “there may be cases in which, on the facts, the behaviour of one individual will be too remote or too vague a concept to provide a meaningful explanation for the claims, but this is not one of them”.

What this means for insurers

While the reasoning in the judgment doesn’t apply to all cases, an insurer looking to aggregate a number of claims on the basis of the behaviour/actions of one individual (consultant or otherwise), is likely to result in a position similar to that adopted by the Court in this case. This may be helpful to insurers in limiting their exposure in group litigation claims, for example.

Capsticks aims to be the firm of choice for private health providers and their insurers, advising on all aspects of indemnity, insurance coverage and claims.

If you have any queries around what's discussed in this article, and the impact this may have on any insurance policies you are involved in, please speak to Majid Hassan, Ed Mellor or Sarah Bryant to find out more about how Capsticks can help. 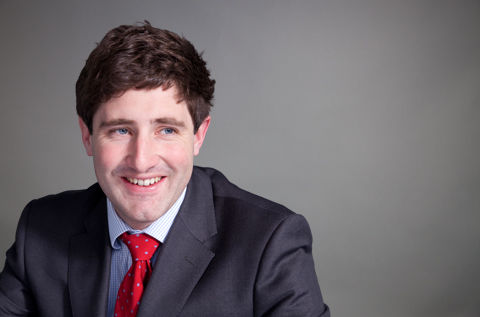