In two appeals involving the same claimant, Page v NHS Trust Development Authority (the NHS case) and Page v Lord Chancellor and Lord Chief Justice of England and Wales (the magistracy case), the Court of Appeal has given Judgment in a case involving the difficult balance between two, seemingly competing, protected characteristics.

Richard Page was a non-executive director of the Kent and Medway NHS and Social Care Partnership Trust (the Trust), and a lay magistrate sitting on the Central Kent bench as a member of the family panel.

Mr Page was reprimanded in December 2014 by the Lord Chief Justice following a formal disciplinary process. Mr Page was involved in an incident in which he sat as a member of the family panel and refused to sign an unopposed adoption order of a child by a same-sex couple. As a devout Christian, he objected to same-sex couples adopting children. The reprimand was reported in the press, and Mr Page spoke with the media about it on numerous occasions, including two interviews on national television. As a result, Mr Page was the subject of a further disciplinary process and in March 2016 his magistracy was terminated.

The Trust first became aware of the reprimand and media interviews in February 2015. Mr Page was asked to give assurances that he would desist from expressing his views in a public forum, but he refused. In March 2016, the Trust found out about Mr Page’s removal from the magistracy and further media interviews. Mr Page was offered the chance to resign before his tenure was due to end in June 2016 but he refused. The Trust suspended him and referred the matter to the NHS TDA. Following a formal disciplinary process, the NHS TDA Termination Panel concluded in August 2016 that they would have terminated Mr Page’s tenure at the Trust if it had not already expired. The decision also effectively prevented him from being re-appointed as an NHS Non-Executive Director.

Mr Page’s two separate claims against the NHS TDA and the Lord Chancellor and Lord Chief Justice of England and Wales claim of unlawful discrimination and victimisation because of his religious beliefs were both rejected by the Employment Tribunals and the Employment Appeal Tribunals.

The Court of Appeal’s Decision

In the NHS case, the Court found that:

Mr Page has indicated that he intends to appeal to the Supreme Court.

The Court was clear that “wider conclusions” should not be drawn from these decisions. Therefore, the only statement of principle here is that every case must be decided on its facts.

Where there is or may be a conflict between two or more characteristics protected by the Equal Act 2010 (for example, as in this case, religion or belief v sexual orientation), employers can increase their prospects of avoiding and successfully defending any discrimination claims by taking a very careful, balanced and proportionate approach to decisions made in each and every case, in order to get the very delicate balance right.

Capsticks has significant experience of supporting employers to prevent discrimination and harassment (by drafting equality and diversity policies, codes of conduct and delivering training to employees at all levels) and also to deal with any complaints that may arise (by conducting investigations, supporting decision makers and HR, and defending any employment tribunal claims).

For further information on how we might assist your organisation, please contact Victoria Watson, Alistair Kernohan or Chloe Edwards. 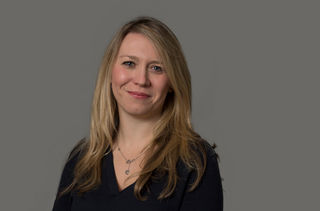