The Paterson Inquiry: A whole healthcare system response one year on

The Paterson Inquiry, commissioned by the government to look into the criminal malpractice of Ian Paterson reviewed how he had been able to practise in this way across both the NHS and private sector and with a view to identifying systemic improvements to ensure that patients are properly protected and compensated.

At our webinar on 17 March, we hosted a panel of key figures from across the healthcare sector, to discuss the recommendations from the Report of the Independent Inquiry into the Issues raised by Paterson (published in February 2020) and the response of the healthcare system to those recommendations one year on. In case you missed it, we consider the progress made to date, below.

What were the shortfalls identified?

The report identified shortcomings in both the NHS and independent hospitals’ response and in medical indemnity arrangements that:

What were the recommendations from the report?

The formal recommendations were set out on page 218 of the report here and we set out the recommendations from the report regarding safety and learning in our insight in February 2020. They identified common themes around the need for hospital providers to review their policies and processes in terms of MDTs, complaints and patient recall.

The Report also identified some of the existing initiatives available to support providers including:

One year on – what has changed?

Whilst we are still waiting for the government’s response with respect to the gap in medical indemnity and to legislate for the introduction of a mandatory and publically accessible database of critical performance data, there have been some key developments taking us a step in the right direction.

The introduction of the Responsible Officer has led to improved information-sharing, there has been increased adoption of the MPAF and Freedom to Speak Up Guardians across private provider organisations and also the introduction of the Acute Data Alignment Programme (“ADAPt”), a joint programme between NHS Digital and the Private Healthcare Information Network which is looking to adopt common standards for data collections and performance measures across both the NHS and private healthcare.

The government has now partially responded, by way of a statement issued on 23 March 2021, in respect of four of the recommendations made within Parliament's report:

As well as confirming that it will respond in full to the inquiry during 2021, the government has also announced three legislative actions to ensure closer scrutiny of the independent sector:

At our event the Panel reflected on the success of some of the initiatives mentioned above in addressing the concerns identified by the Inquiry, but also recognised that key to learning from Paterson is the need for increased governance from ‘Ward to Board’ and addressing organisational culture to encourage open discussion of concerns and ensure accountability.

Provider organisations and their Responsible Officers are responsible for ensuring appropriate clinical governance safeguards are in place, that they communicate clearly with patients about who is responsible for their care and that they share information of concern with other interested parties where it is appropriate to do so. However there remain difficult issues to grapple with in terms of medical indemnity for both individual practitioners and organisational providers, the extent to which data can be lawfully shared when concerns about practitioners arise, and whether practising privileges or direct employment better meet the needs of patients and organisations.

If you would like to access the recording, or if you have any queries around managing clinical risk, medical indemnity arrangements, data sharing or contractual arrangements with practitioners and the impact on your organisation, please speak to Sian Bond, Anna Walsh or Andrew Latham to find out more about how Capsticks can help. 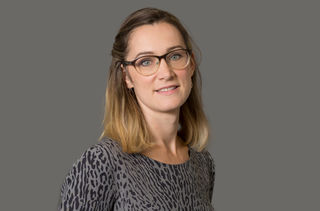