The evolving law on non-delegable duty of care

The recent Privy Council decision in the case of Gulf View Medical Centre Limited v Tesheria [2022] UKPC 38 looked at the question of whether or not two defendants had admitted a duty of care for the others’ care.

The deceased was admitted to the First Appellant’s private hospital in Trinidad for a trans-urethral resection of the prostate (TURP). The procedure had a well-known propensity to carry a risk of post-operative bleeding.

Following the procedure, the deceased suffered an overwhelming bleed leading to irreversible shock with Disseminated Intravascular Coagulation (DIC) and died on the operating table.

Both applications were refused by the Privy Council.

“Further, the Defendants were under a duty in performing the TURP procedure on the deceased, to ensure that ….. (a) any bleeding of the deceased was carefully monitored and/or properly contained….(b) there were sufficient materials, equipment  and personnel as to facilitate the safe transfusion of large quantities of blood….(c) such transfusions as may have been necessary were carefully managed…” (56)

As a consequence of the admissions made in the pleadings, there was no cross examination. There was also no exploration of the role of the hospital or whether it was limited to support service or to providing accommodation operating facilities or nursing care.  The hospital was criticised by the experts for not having readily available blood products.

The Court held that the use of the word “ensure” in the Amended Particulars of Claim was a way of alleging a non-delegable duty of care in the context, that this was not an absolute duty, but still required fault to be established on the part of those caring for the deceased.  The court made reference to, paragraph 26 of Woodland v Swimming Teachers Association (2013) and the Australian case of Fitzgerald and Hill v Hill [2008] paragraph 66 where it is stated that “the non-delegable duty of care is a special duty to ensure that reasonable care is taken for the safety of those to whom it is owed.  It is not vicarious; it is a personal duty, breach of which requires fault”.

The Court also looked at the fact that in the Amended Defence the Hospital not only did not deny that it was under a duty but that it had met the relevant standard.  (63)

Learning from the case

Capsticks are routinely instructed to assist insurers and their insureds in relation to multi-party claims. We are also involved in dealing with matters on behalf of private entities and independent contractor clinicians and if you require any further guidance relating to the issues above, please contact Sarah Bryant or Majid Hassan. 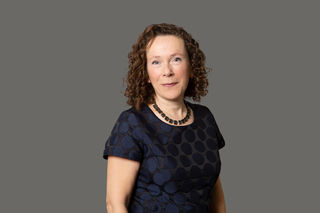