In January our Medical Malpractice Forward View 2020, highlighted seven important cases either awaiting decisions or coming before the Supreme Court this year which were likely to have a significant impact for healthcare organisations.  Since then we have had unprecedented disruption to normal life and the impact of a worldwide lockdown due to the Coronavirus is still being felt across all sectors. Nevertheless the courts have continued to hear cases. In this review of the year so far we look at some important legal decisions and developments impacting the healthcare sector and also  highlight what we can still expect to come in 2020.

The central issue in ‘ABC’ went to the very crux of the doctor–patient relationship. Could the duty to preserve patient confidentiality ever be trumped by a duty to family members in relation to the results of genetic testing? Mrs Justice Yip in the High Court decided that there was no breach of duty.  The case, which involved genetic testing for Huntington’s disease, turned on its own facts and the judge considered it inappropriate to define any wider duty on medical professionals. The duty was to balance risks and interests properly as already identified in professional guidance. The judge considered that genetic information should not be treated differently from other medical information which reveals a serious risk to another person. Capsticks acted for the Defendants.

The Supreme Court has determined that an otherwise blameless employer should not be vicariously liable where a rogue employee stole HR information relating to colleagues, as part of a vendetta against his employer. The data breach had been committed at home using a memory stick.

Key to the decision was the Court’s determination that the employee’s actions were not so closely connected to those which he was authorised to do as part of his job that they could fairly and properly be regarded as done while acting in the ordinary court of his employment.

Whilst welcome news for employers, organisations still need to ensure that they have appropriate data security provisions and governance structures in place. Where employees are processing data solely on behalf of their employer, the latter will be directly liable for any data breach. All healthcare organisations should check that they have appropriate cyber risk cover in place. Read our in-depth Insight on the decision.

Unlike the Morrisons case, this decision involved a self-employed contractor of the bank who had committed sexual assaults on staff undergoing OH assessments.  The Supreme Court decided that the key question to determine whether vicarious liability should apply was whether the tortfeasor was in business on his own account or in a relationship akin to employment. They found the bank not to be vicariously liable for the doctor’s actions as he was in business on his own account with a portfolio of patients and clients.

The decision is good news for employers. However, the Court did not rule out the possibility of vicarious liability being imposed in relation to the actions of self-employed or agency workers. The 5 policy considerations in their decision in the Christian Brothers case (2012), to determine whether the relationship is sufficiently analogous to employment to make it ‘fair, just and reasonable’ to impose vicarious liability, would only be relevant in ‘doubtful’ cases. Therefore, it remains imperative that employers should fully assess organisational risks in the context of the environment in which they and third party contractors work.  This includes situations which at first sight appear to fall outside the scope of the duty of care.

The Supreme Court decision to allow the recovery of the cost of donor egg commercial surrogacy in the United States is a watershed case. Changing social and legal attitudes to surrogacy and what constitutes a family, were key to the Court overturning the Court of Appeal decision in Briody (2001) which dismissed a claim for commercial surrogacy on public policy grounds. Although donor egg surrogacy did not directly replace XX’s own fertility, the Supreme Court considered it the best that medical science can offer.

The decision is likely to increase the cost of claims where a Claimant’s fertility has been compromised as a result of negligence and she elects for surrogacy. Nevertheless, a Claimant will still need to prove that the claims for such treatment are reasonable.  The Court decision in XX related to legal principles alone – quantum was not the issue. Read NHS Resolution’s case note.

…and four on the horizon

COVID-19 has delayed the government’s response to the Paterson Inquiry Report, but in a recent statement its intention to implement ‘considered and effective’ improvements in the areas identified in the recommendations, has been re-iterated. Further delay at the implementation stage is almost inevitable, given that independent sector capacity is likely to be needed whilst the NHS catches up following the COVID-19 lockdown.  Read our insights on the Paterson report 'Safety and Learning' and 'Engaging with patients'.

July saw the publication of First Do No Harm’, the long-awaited report of the Independent Medicines and Medical Devices Safety Review. The Review considered safety issue arising from the use of Primodos, Sodium Valproate and vaginal mesh surgery for pelvic organ prolapse and urinary incontinence. Failings are identified in all three areas and described as systemic, spanning the breadth of the healthcare system and as ‘institutional resistance to patient safety’. Read our Insight into the report and its recommendations.

‘Ogden 8’ was published in July 2020, the first update in nine years to the tables used to calculate lump sum awards for future losses. The slowing of improvements in life expectancy demonstrated in the ONS’ National Life statistics 2016-18 (published 2019) has led to a modest reduction in multipliers.  The number of Tables has increased from 28 to 36 to include a future retirement age of 68 and the possibility of earnings losses to age 80.  Revisions to the Explanatory Notes include additional guidance on the impact of disability on employment, reclassification of educational attainment and guidance on pension and fatal accident claims.

As the NHS and independent sectors attempt to return to their usual working arrangements, issues around prioritising patients will be a major challenge for all healthcare providers.  Informed consent for the procedure will need to factor in the impact of past and future delays into the consideration of risks material to the individual patient.

Remote consultations (which became the norm during the pandemic) are likely to continue.  Healthcare providers will need robust governance systems and ensure that the boundaries of their accountability and that of their subcontractors are clearly understood and documented.

To discuss how any of these issues may affect your organisation, please get in touch with Majid Hassan, Anna Walsh or Philip Hatherall. 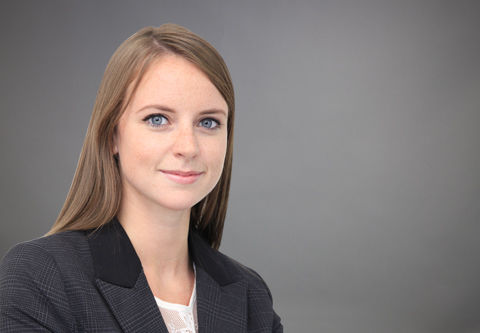 Philip Hatherall
PartnerLondon
philip.hatherall@capsticks.com
020 8780 4717
Share this insight
Back to top