In Lafferty v Nuffield Health, the Employment Appeal Tribunal (EAT) found that an employee was fairly dismissed by his employer after being charged with, but not convicted of, a criminal offence.  The employer, which was a not-for-profit charity, had genuine concerns for its reputation and dismissal was therefore within the range of reasonable responses open to it.

Mr Lafferty was a hospital porter with an unblemished disciplinary record going back 20 years. He was charged with a serious sexual offence that was unrelated to work. Mr Lafferty strongly denied the charges and was released on bail. Both the police and Mr Lafferty informed his employer and he was suspended on full pay pending an investigation. As part of the investigation, Mr Lafferty produced copies of his bail report and a police report containing details of the charges and his strong denial of them.

The investigator concluded that, due to the potential reputational damage to the employer, there should be a further meeting to discuss his continued employment. Mr Lafferty therefore attended another meeting with a manager, Mr Lamb. At this meeting Mr Lamb’s questions were focussed more on the potential reputational damage to Nuffield than on whether Mr Lafferty was guilty of the charges. Mr Lamb felt there were two options open to him; to suspend Mr Lafferty on full pay or to dismiss him. On the basis that Mr Lafferty was unable to provide any information as to when his trial might take place and in the meantime any period of suspension would be open-ended, Mr Lamb concluded that this would not be a proper use of charitable funds. He therefore dismissed Mr Lafferty on notice because of the potential risk to the charity’s reputation in light of the nature of the allegation and Mr Lafferty’s role.

Mr Lafferty’s appeal against the decision was dismissed and he brought a claim in the Employment Tribunal (ET) for unfair dismissal. The ET found that his dismissal was fair. They were satisfied that the charity’s concerns about reputational damage were sincerely held and they found that this amounted to “some other substantial reason” for dismissal (one of the five fair reasons for dismissal under section 94 of the Employment Rights Act 1996). The ET further concluded that the dismissal was within the range of reasonable responses open to the charity. The ET noted that even though the decision might cause injustice to the employee, this was not the basis on which the fairness of the dismissal should be assessed.

Mr Lafferty appealed to the EAT. Prior to the hearing in the EAT he was acquitted of all charges at trial and he was reinstated by Nuffield.

The EAT upheld the ET’s decision and found that Mr Lafferty’s dismissal was fair. Noting that each case will turn on its own facts, the EAT found that Nuffield had not accepted the charges at face value but had sought clarification from Mr Lafferty about what had happened and when the trial might take place. Given that a decision had been made to prosecute him, however, and the fact that the alleged incident did not occur in the course of his employment, Nuffield was not in a position to carry out a more detailed investigation. Mr Lafferty was not dismissed because Nuffield simply accepted that he was guilty of the offences with which he had been charged, but because of the damage that public knowledge of such an offence could have on its reputation. Given Mr Lafferty’s contact with vulnerable patients, there was a clear link between the nature of the charges and the potential risk to Nuffield’s reputation. Accordingly the decision to dismiss Mr Lafferty was for some other substantial reason and was within the range of reasonable responses open to Nuffield.

Given that Mr Lafferty had been reinstated by the time of the EAT hearing, the claim had been limited to damages for loss of earnings between the date of dismissal and the date of reinstatement.

The EAT noted that this was “quite a difficult case”, which is unsurprising in that it found that a long serving employee with an exemplary record was fairly dismissed despite being acquitted of the criminal charges he was facing. However, it does provide clarity for employers faced with similar circumstances, in particular in organisations which are subject to high levels of public and media scrutiny and where the confidence of the public is of concern.

Of note is the fact that Nuffield had not simply accepted the charges against Mr Lafferty, and was able to satisfy the Judges that it had dismissed Mr Lafferty out of genuine concerns for its reputation, not because of a belief that he was guilty. In addition, the fact that Mr Lafferty had contact with vulnerable patients as part of his role was a significant factor in light of the nature of the alleged offence. Employers who have employees facing criminal charges should ensure that any action is not a knee-jerk reaction, and that they are able to properly evidence the real risk to reputation.

For further information on how this issue might affect your organisation, please contact Sarah Parkinson, Chloe Edwards or Alistair Kernohan. 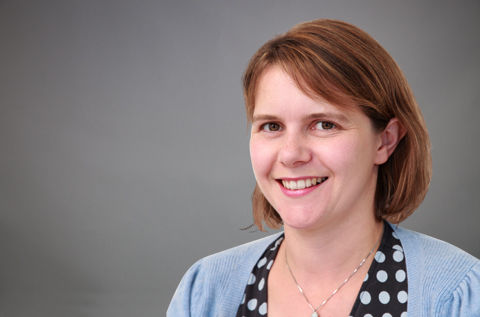 Alistair Kernohan
PartnerLeeds
alistair.kernohan@capsticks.com
0113 322 5583
Share this insight
Back to top
Capsticks’ Cookies
We use cookies to ensure that we give you the best experience on our website. We also use cookies to ensure we show you advertising that is relevant to you. If you continue without changing your settings, we’ll assume you’re happy to receive all cookies on the Capsticks website. However, if you would like to you can change your cookie settings at any time.
Accept & close
x