The Court of Appeal has allowed an appeal by a local housing authority against a County Court ruling which had held that a reviewing officer's decision to find an applicant intentionally homeless on the basis of her failure to pay rent at her previous housing association property was unlawful.

Ms Baptie and her seven children had been evicted from a housing association property after accruing rent arrears. She applied to the relevant local authority, Royal Borough of Kingston Upon Thames, for housing assistance. Although Royal Borough of Kingston Upon Thames determined that she was homeless and had a priority need for assistance, it also found that she had become homeless intentionally and that it was not required to secure accommodation for her under the full housing duty, as laid out in section 193(2) of the Housing Act 1996. This determination was confirmed by the reviewing officer, who reasoned that (1) the rent due to the housing association had been affordable for Ms Baptie, but she had failed to claim tax credits to which she was entitled, and (2) Ms Baptie had spent an unreasonable amount on living expenses. On the second point, the reviewing officer relied in part on figures contained in guidance issued by the Association of Housing Advice Services (“AHAS”).

Ms Baptie appealed to the County Court, which dismissed her challenge to the relevant findings about her income, but allowed the appeal on the basis that the decision on reasonable living expenses was unlawful. The Court held that the reviewing officer's reliance on the AHAS guidance was irrational, as she had failed to refer to the benefit cap, which would have “provided a valuable sanity check”. The decision that the rent was affordable was therefore unreasonable. The Court varied Royal Borough of Kingston Upon Thames’ decision to one that Ms Baptie did not become homeless intentionally and that the Council was subject to the duty under section 193(2) of the Housing Act 1996. Royal Borough of Kingston Upon Thames appealed.

The decision will be of interest to local housing authorities, as it clarifies that reviewing officers do not have to consider the current tariffs of welfare benefits for applicants without regard to the benefit cap and that detailed consideration of the cap is likely to take place at the first stage of an affordability assessment rather than at both the first and second stages.

The High Court has held that a local authority's decision not to provide housing assistance to a homeless person who had no immigration status and no recourse to public funds was unlawful, as its decision had not adequately considered the Government's ‘Everyone in’ initiative concerning rough sleepers during the Covid-19 lockdown.

Ms Cort was a homeless person who had no immigration status and no recourse to public funds. She had entered the country lawfully as a visitor, but had overstayed. When she realised her hostel accommodation would not continue, she wrote to Lambeth Borough Council (“the Council”) to seek emergency accommodation under the Government’s “Everyone In” initiative, which had been brought in by the Government so that local authorities could provide accommodation for rough sleepers in order to protect vulnerable people and to avoid the spread of Covid-19.

The Council decided not to provide Ms Cort with emergency accommodation on the grounds that the country was beginning to come out of lockdown, suggesting that she could obtain accommodation with friends and family, as she had done in the past. The Council also said that she had been assessed as not having care needs, had chosen not to be vaccinated against Covid-19 and was not clinically vulnerable. Ms Cort sought judicial review of the decision, arguing that the Council’s lack of a policy stating when it would support people under the “Everyone In” initiative was unlawful because it had prevented her from identifying factors which could have persuaded the Council to provide her with accommodation. in the meantime, Ms Cort had successfully applied for interim relief, which resulted in the Council granting her temporary accommodation pending the resolution of the proceedings.

The High Court held that the Council’s decision was unlawful, as it had not adequately referenced or considered the ‘Everyone In’ initiative. It found that the Council should have published a policy that explained how it would deal with requests for accommodation under the “Everyone In” initiative and how decisions would be made. The failure to do so meant that the Court could not be satisfied that the decision had been made correctly. The decision was, therefore, flawed.

Although this decision deals with an historic Covid-19 policy, it does remind local housing authorities that their policies need to include the criteria used for making evaluative judgments.

The European Court of Human Rights has said that discrimination in a charitable housing association's housing policy was objectively and reasonably justified.

In R (Z and another) v London Borough of Hackney and another [2020] UKSC 40 (16 October 2020), the Supreme Court has held that Agudas Israel Housing Association did not unlawfully discriminate against other housing applicants under the Equality Act 2010 by allocating social housing only to members of the Orthodox Jewish community.

A single mother sought accommodation that provided a safe environment for her four children. While in temporary accommodation, she became aware that the Agudas Israel Housing Association (“Agudas”) owned six four-bedroom houses in Hackney, which would have been suitable for her family’s needs. However, she was rejected as an applicant, as such houses were only awarded to members of the Orthodox Jewish community and she was not a member. London Borough of Hackney had an arrangement with Agudas, under which it would only nominate members of the Orthodox Jewish community for social housing accommodation provided by Agudas. The single mother, the principal appellant, brought judicial review proceedings.

The High Court held that that Agudas had been justified in taking “positive action” under the Equality Act 2010 because members of the Orthodox Jewish community suffered substantial disadvantages, harassment and had different needs. Agudas’ policy was also deemed lawful because of its status as a charity that was established to let its properties to Orthodox Jews. The appellants appealed, arguing that the High Court had misapplied the proportionality assessments required by the Equality Act 2010. The appellants appealed, but this appeal was rejected by the Court of Appeal, which held that (1) section 193(2)(b) of the Equality Act 2010 did not require a proportionality assessment, and that (2) the appellants had failed to establish that the housing allocations policy was within the ambit of articles 8 and 9 of the European Convention on Human Rights. The appellants appealed again. However, the Supreme Court, in dismissing the appeal, held that the lower courts had been correct to find that the housing allocation policy was proportionate and lawful under the Equality Act 2010. The single mother launched an application at the European Court of Human Rights to challenge the decision.

The European Court of Human Rights

The decision by the European Court of Human Rights will be welcomed by organisations whose objectives are to support specific groups of people with protected characteristics.

The Court of Appeal has held that general damages for the breach of a repairing covenant are subject to the 10 per cent ‘Simmons v Castle’ uplift.

The dispute involved a rent and possession claim brought by the landlord (“Ms Khan”), who argued that the 10 per cent ‘Simmons v Castle’ uplift for damages should not apply to disrepair cases because damages in this type of case are calculated by reference to a reduction in rental value rather than by tariff. The tenant (“Mr Mehmood”) had previously complained to the agent that his property was in an extremely poor state of repair and argued that, as a result of the conditions in which he was living, he became ill, was unable to work, and fell into arrears with the rent.

The possession claim was dismissed by the District Court judge and Mr Mehmood was awarded 50% of rent for the period from 2007 to 2014. The judge also added a 10 per cent ‘Simmons v Castle’ uplift to the award for damages as Ms Khan had breached the duty under s.11 of the Landlord and Tenant Act 1985 to keep the property in repair. Ms Khan appealed the decision, but the County Court dismissed it. Ms Khan brought a further appeal in the Court of Appeal on two grounds: (1) the period upon which damages were awarded, and (2) the application of the 10 per cent ‘Simmons v Castle’ uplift.

The Court of Appeal, allowing the appeal in part, held that Mr Mehmood had occupied the property from 2007 but only became a tenant in 2011. Therefore, it was only when he became a tenant in 2011 that he became entitled to damages; consequently, dating the award of damages back to 2007 was excessive. The Court, however, held that there was no reason why general damages for breach of a repairing covenant should be excluded from the 10 per cent uplift authorised in the Simmons v Castle judgment.

The Upper Tribunal has ruled on the adequacy of a local housing authority's statement of reasons for imposing a financial penalty on a landlord for failing to comply with selective licensing conditions.

A local housing authority (“Liverpool City Council”) issued two notices of intent to impose financial penalties on a landlord (“Mr Maharaj”), each for the alleged offence of failing to comply with a licence condition under the Housing Act 2004 in respect of one of his properties – a penalty of £3,375 for failing to produce a copy of a valid gas safety certificate for the property within seven days, and a penalty of £5,625 for failing to produce a copy of his records of inspection for the property. Mr Maharaj appealed to the First-tier Tribunal (Property Chamber), claiming that (1) he had sent Liverpool City Council three gas safety certificates for the property, along with blank, but signed, inspection records for the property; and (2) he had been unable to inspect the property because the tenant had not provided him with access. The First-tier Tribunal held that Mr Maharaj had breached the licence as he had failed to supply a gas safety certificate within the time limit. It also found that Mr Maharaj did not have a reasonable excuse for the breach because it believed his tenant’s evidence that access to the property had not been refused. Mr Maharaj appealed to the Upper Tribunal (Lands Chamber).

The Upper Tribunal, in allowing the appeal in part, held that, in regard to the gas safety certificate, Liverpool City Council had not served on Mr Maharaj a notice of intention to issue a civil penalty within the six month timeframe. Therefore, Liverpool City Council lacked the power to issue the civil penalty in respect of the offence. However, it also held that the First-tier Tribunal had been entitled to find that access to the property had not been refused by Mr Maharaj’s tenant. Permission to appeal to the Court of Appeal was refused.

The decision highlights the necessity of local housing authorities to issue civil penalties within the correct timescales. 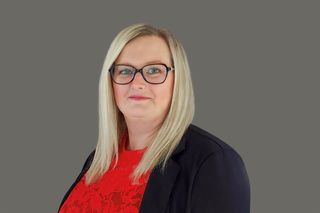 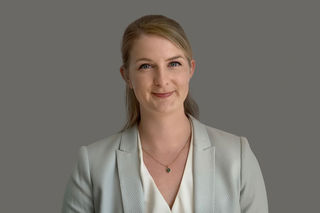