High Court holds that committee’s reasoning on impairment was flawed

In this insight, Nicole Curtis explores some of the key lessons to be drawn from the case, including the requirement for tribunals to give a clear explanation of why certain conclusions have been reached.

For more information on recent decisions based on lack of reasoning, read our previous insights on Mokhammad v GMC and GMC & PSA v Bramhall.

In 2012, an eight year old boy suddenly fell ill at school and was taken to hospital. Sadly he died within hours of arrival. He was found to have hydrocephalus, a build-up of fluid in the brain. He had previously been asymptomatic. Five months earlier he and his sister had been taken for an eye test at a high street optician’s and seen by Ms Rose who was working there as a locum. Photographs of the boy’s retina taken on that date were abnormal, clearly revealing papilloedema (swelling of the optic nerve), a rare condition which must be urgently referred for medical investigation and treatment. Papilloedema is one of the most significant signs of hydrocephalus.

Ms Rose failed to spot the papilloedema. Although she started an examination of the boy’s eye with an ophthalmoscope, she failed to complete this, without any justification and without telling the boy’s mother. Instead she consulted a photograph of the retina, but mistakenly looked at a photograph of another patient, without checking the name. She made clinical records stating that the periphery of the boy’s eyes had been examined and was normal, when she had not undertaken this examination. She accepted this record was inaccurate and misleading, and that she had made it knowing it to be untrue. The committee concluded that her conduct in this regard was dishonest. Ms Rose had also recorded that the boy should be seen again in twelve months, when a much earlier re-call was needed.

The committee found that Ms Rose’s failure to carry out an adequate internal eye examination was the most serious and significant of her failings. It also found her guilty of serious dishonesty with regards to the inaccurate record, with potential to mislead future optometrists and undermine trust and confidence among her colleagues, the wider profession and the public.

The committee then considered impairment of fitness to practise, directing itself to look first from the perspective of Ms Rose’s personal ability to practise safely as an optometrist, and then from the perspective of the wider public interest. It concluded that she had remedied identifiable clinical failings, and found that, although she had shown limited insight by denying dishonesty, she was unlikely to repeat such dishonesty. The committee found Ms Rose not to be impaired from a personal perspective, but found impairment on the basis of the wider public interest, as public trust and confidence would be seriously undermined if a finding of impairment was not made.

The committee imposed a ninth month suspension. It decided that the absence of full insight was not an aggravating factor, given that Ms Rose had undertaken timely remediation, that there was no ongoing risk to patient safety and that the finding of impairment was solely made in order to promote and maintain the wider public interest. It decided that there was no need for a review at the end of the suspension order.

The Authority considered that the committee had wrongly decided that Ms Rose’s fitness to practise was impaired only on the grounds of the public interest and not on the basis that she posed an ongoing risk to the public. They challenged the reasoning and logic leading to the finding of no impairment on that latter basis, arguing that the decision was inconsistent with the committee’s findings on facts and misconduct. It was argued that the committee had made a number of findings against Ms Rose which were incompatible with a finding that she had remedied her failings and that there was no future risk to the public. They also argued that the suspension was too lenient, and that it was wrong not to direct a review of the order. The GOC supported the Authority’s appeal.

In her judgment, Collins Rice J noted that the committee had found Ms Rose’s conduct to include a radical and grave failure of her duty to examine the patient. She also noted that the committee had identified both her failure to record the incomplete nature of the examination and her dishonest record-keeping as serious matters in their own right. The Court referred to the committee’s decision on misconduct, noting that it included a finding that Ms Rose’s failure to detect the child’s papilloedema was an inevitable consequence of the fundamental breach of her statutory duty, and this breach, namely the failure to perform a proper eye test, exposed the child to an unwarranted risk of harm.

The Court further noted that the GOC was not required to prove ultimate causation of a particular adverse outcome, as the gravity of misconduct must be assessed on its intrinsic nature, including risk of harm, rather than whether or not harm has been caused. The failure to examine and record was grave and serious in its own right and would have been so even had there been no papilloedema to detect; it would have exposed any patient to an unwarranted risk of missed diagnosis. The Court noted that “there could, however, be no more eloquent and terrible testimony to the vital importance of doing a proper eye test, taking mitigating steps where for any reason that is impossible, and making proper records, than this particular child’s tragic outcome”. It noted that the committee must have been in no doubt about the gravity of Ms Rose’s misconduct.

Collins Rice J held that in light of the committee’s findings on facts and misconduct, there were problems with the logic of its approach to impairment. There was a lack of reasoning to explain the gulf between the fundamental nature of the failures and its finding that they were easily remediable. The Court noted that the failures found by the committee were “multi-faceted, interconnected and radical”, relating to the basics of an eye examination, engaging with and informing patients and making proper records. Given that the committee had found Ms Rose to have acted as “no professional optometrist could properly think of behaving”, the Court considered it surprising that they then found her conduct remediable simply by reflection and resolve. Such a finding required a clear explanation in order to be understood, and the Court noted that this was lacking. The committee had also found Ms Rose to have a startling and alarming lack of insight, as she had not recognised the significance of the inadequacies of her examination, or that her record-keeping fell far below the required standard. A committee would need very clear reasoning to explain why such a lack of insight could be overlooked when considering there to be no risk of repetition. Again, such reasoning was lacking.

Similarly, the Court found that the committee had not explained why they concluded that it was unlikely that Ms Rose would repeat her dishonesty, despite the fact that she had not readily admitted it. The committee had also concluded that well-informed members of the public would acknowledge and accept that the “ambiguous” record keeping failures occurred as a consequence of “human error”. The Court described this as “simply incomprehensible” in light of the finding of dishonesty. The committee had not found human error to be the cause; it had found dishonesty.

The Court also found the committee’s reasoning to be unsound when assuming that this was a one-off, isolated incident which was unlikely to be repeated. The Court found it to be “baffling” for the committee to have concluded that it was very likely that the only time Ms Rose had made such a significant and dishonest failure in her professional duty happened to be in relation to a child with asymptomatic papilloedema whose subsequent death had revealed the failure. The Court acknowledged that a tribunal had to focus on the evidence before them. It nonetheless found the committee wrong in concluding that, because there were no other complaints, it was safe to assume that such conduct had not occurred on other occasions and would not happen again. The Court held that this should be a matter for investigation, assessment and explanation rather than an assumption.

The Court also found a flaw in the committee’s conclusion that the tragic events and the impact of the proceedings were themselves enough to establish confidence for the future. It held that, on the contrary, where the outcome had been so tragic, there was all the more need for public to be reassured about the future. The committee’s decision did not explain why the public was entitled to be reassured.

The Court concluded that the flaws in the committee’s analysis, logic and reasoning were too many and too significant for the public to be able to understand why there was no future risk to the public. The decision on impairment was therefore quashed and the matter remitted to another committee. As the decision on sanction had been based on the flawed decision, it too was quashed.

We have represented numerous regulators for more than 20 years. Our large team of specialists has a vast amount of experience in investigating and preparing cases for hearing, including those involving clinical errors and failures in record keeping.

For more information on any of the issues discussed in this insight, please contact Nicole Curtis or any of your regular contacts at Capsticks. 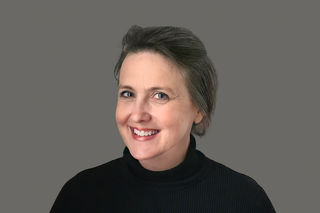 Nicole Curtis
PartnerLondon
nicole.curtis@capsticks.com
020 8780 4631
Share this insight
Back to top