In General Medical Council & Professional Standards Authority v Bramhall [2021] EWHC (2109), the High Court allowed an appeal by the General Medical Council (GMC) and the Professional Standards Authority for Health and Social Care (“the Authority”) against a decision of the Medical Practitioners Tribunal (MPT) to suspend the registrant for five months. The High Court quashed the MPT’s decision and remitted the case back for consideration by a fresh tribunal.

This case highlights the need for regulatory tribunals to consider carefully the applicable sanctions guidance, and to ensure that any departure from that guidance is properly explained. It also serves as a reminder of the importance of genuine insight, and of considering all material available when assessing this.

In this insight, Sophie Keenan explores the judgment in more detail.

Mr Bramhall was an experienced transplant surgeon who was discovered to have branded his initials on the livers of two patients he operated on in 2013. In 2017 he pleaded guilty at trial to assault by battery, and was given a community sentence and fine.

The Judge at his criminal trial noted that the case involved “professional arrogance of such magnitude that it strayed into criminal behaviour” and that whilst any physical harm had been minimal, Mr Bramhall’s actions had caused one of the patients extreme emotional harm and distress. However, consideration was given to mitigating factors such as Mr Bramhall’s unblemished record, supportive testimonials and his admissions and remorse.

The GMC then brought regulatory proceedings against Mr Bramhall on the basis of his conviction, and sought erasure.

The MPT found Mr Bramhall’s fitness to practise to be impaired, but considered there to be a low risk of repetition and as such concluded that erasure would be disproportionate. They imposed a suspension of Mr Bramhall’s medical registration for a period of five months.

The appellants claimed the MPT’s decision on sanction was insufficient to maintain public confidence in the profession and/or to uphold proper professional standards.

The Authority “strongly supported” the GMC’s appeal grounds. They also advanced a further ground of appeal on the basis that the GMC had failed to present to the MPT statements made by Mr Bramhall’s surgical colleagues and all the statements made by Mr Bramhall, which they say revealed inconsistency and a lack of candour. The Authority asserted that, taken together, these statements demonstrated deep seated attitudinal issues on the part of Mr Bramhall, which could have led the MPT to reach a different conclusion on sanction.

Mrs Justice Collins Rice observed that, although no significant physical harm had been caused, Mr Bramhall had committed non-consensual and criminal acts against vulnerable patients. She noted that her role was to consider whether the MPT “did its job properly” to satisfy an informed and reasonable member of the public.

Paragraph 109 of the GMC’s Sanctions Guidance states that the presence of any of the non-exhaustive factors listed therein may indicate that erasure is appropriate. Mrs Justice Collins Rice observed that not just one but several of these factors were present in Mr Bramhall’s case: it involved more than one violent offence, vulnerable patients, abuse of power and trust, and caused serious emotional harm.

Previous cases have confirmed that a panel’s departure from the Sanctions Guidance must be accompanied by clear reasons. The Court concluded that the MPT’s decision that erasure was disproportionate was not properly explained and that when considering sanction it was unacceptable to simply “stop at suspension” without exploring in detail why erasure may or may not be appropriate. Mrs Justice Collins Rice also commented that whilst mitigating factors can be considered, they should not be given determinative weight and that the MPT had failed properly to take into account the gravity of Mr Bramhall’s criminal culpability.

The importance of insight and attitudinal issues

The judge noted that Mr Bramhall’s motivation remained unclear and unresolved, and there was also a lack of clarity as to the level of Mr Bramhall’s candour, as he appeared to have given inconsistent accounts during the Trust’s investigation.

Turning to the key question of insight, Mrs Justice Collins described this as the “subsequent development of fair, objective understanding of the nature and gravity of the misconduct” which requires some “empathetic identification” with the perspective of others, such as victims, colleagues and the general public.

In a helpful commentary as to the nature of authentic and informed reflection, Mrs Justice Collins said that true insight sets apart genuine remorse and reflection from a self-serving apology which is made simply to avoid personal and professional repercussions “and from chagrin at the personal consequences of public exposure and regulatory and criminal justice action”. Insight as to what a registrant has done wrong should therefore involve some genuine regret as to the impact of their actions on others.

In light of the above, the Court concluded that the MPT had not given sufficient weight to the concerns about Mr Bramhall’s level of insight, preferring the positive views on his attitude that were presented in the form of testimonials, and that the key attitudinal concerns were “not demonstrably interrogated” by the MPT.

Mrs Justice Collins Rice was also critical of the GMC’s failure to ensure all the relevant material relating to Mr Bramhall’s early accounts, and those of his colleagues, were before the MPT which she said may have provided a clearer idea of the attitudinal concerns and, in turn, may have affected the sanction.

The Court concluded that the MPT had failed to demonstrate convincingly that it had made a proper assessment of sanction. The unusual nature of the case and its significant public prominence meant the Sanctions Guidance should have been applied “particularly sensitively and thoughtfully”.

The MPT’s decision on sanction was quashed and the case was remitted back for consideration by a fresh panel.

It also reiterates the importance of insight in determining whether a registrant has shown genuine and targeted reflection on what went wrong and why, the impact their actions had, and how they would act differently in future. This should be distinguished from cases where a registrant has merely apologised and/or demonstrated some reactive insight, which is proffered only to minimise the consequences of their actions and is therefore self-serving in nature.  In this case, although Mr Bramhall had admitted to his actions and had shown some remorse, his motivation remained unsatisfactorily unclear and he was noted to have provided inconsistent and conflicting accounts. The High Court concluded that the risk of deep seated attitudinal issues had not been properly explored by the MPT.

Finally, the judicial criticism of the GMC in this case serves as a reminder of the importance of ensuring all relevant material is put before a regulatory panel and drawn to the tribunal’s attention. When investigating fitness to practise cases, regulators should ensure that all material which goes to a registrant’s insight and reflection through the course of the local investigation, as well as that provided during the regulatory investigation, is included. This can sometimes demonstrate inconsistency, deflection or lack of candour in a registrant’s account, which goes to the crucial element of true insight.

We have represented numerous regulators for more than 20 years. With a large team of specialists, we help regulators to deliver the right outcomes, in the right time frame, on the right budget. Our practitioners have a vast amount of experience in investigating fitness to practise cases and preparing them for hearing. We also have a large team of advocates who regularly present cases before committees and tribunals, and in the appellate courts.

For more information on any of the issues discussed in this insight, please contact Sophie Keenan or any of your regular contacts at Capsticks. 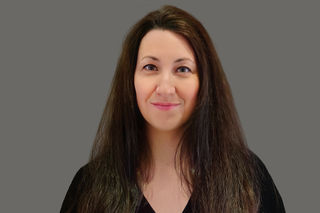