In R (on the application of Mokhammad) v General Medical Council [2021] EWHC 2889 (Admin), Dr Mokhammad successfully challenged by judicial review the decision of the Medical Practitioners Tribunal (MPT) to impose a warning. The Court quashed the decision of the MPT, finding that it had not sufficiently explained its reasons for rejecting Dr Mokhammad’s evidence.

Regulators and panels may find this case interesting when dealing with cases based on competing witness evidence. We explore the Court’s decision in our insight below.

At the time of the incident, Dr Mokhammad was practising as a Locum Senior House Officer in Birmingham. He had a monthly parking permit for the hospital car park, which was operated by a private company. Dr Mokhammad was often unable to access the car park with his pass and had to buy single use tickets.

In its 18-page determination on the facts, the MPT gave what the Court later described as brief reasons for making adverse findings against Dr Mokhammad.

Deciding that Dr Mokhammad was guilty of misconduct, but that his fitness to practise was not impaired, the MPT decided to impose a warning in relation to the use of offensive and insulting language and a gesture.

Dr Mokhammad was granted permission to apply for judicial review. He argued that the witness evidence did not amount to a reasonable evidential basis for the MPT’s findings, for the following reasons:

The GMC argued that these submissions fell far short of the high threshold required to justify intervention. It was for the MPT to make sense of the conflicting accounts before it, and when viewed against the evidence, the MPT’s determination on the facts fell well within the range of reasonable responses and revealed no lack of logic. The MPT’s reasoning was adequate, intelligible and rational.

Deciding factors in the judgment

The role of the Court

HHJ Richard Williams (sitting as a High Court judge) emphasised that the Court’s role in a judicial review is not to act as an appeal court, but to supervise the decision-making process of the MPT. It was not enough for Dr Mokhammad to show that the decision was wrong; he was required to show that the MPT acted unfairly, irrationally or otherwise unlawfully.

In relation to the giving of reasons, HHJ Williams confirmed that in cases with simple conflicts of factual evidence, it will be obvious whose evidence has been rejected and why, and this will be clear to the losing party. When the case is not straightforward and can be described as exceptional, the position is different and at least a few sentences dealing with the salient issue is essential. A practitioner is entitled to know why their evidence has been rejected.

HHJ Williams stated that this was not a case where the MPT simply preferred one version of events over another. Instead, this was an exceptional case, in that the MPT adopted a novel interpretation of events (that offensive language was batted backwards and forwards), that had never been put forward by the GMC, or put to Dr Mokhammad in cross-examination for his response. His counsel did not have the opportunity to address this finding in closing submissions. The MPT’s obligation to give adequate reasons had to be viewed in this context.

HHJ Williams noted that the MPT did not explain why, having rejected significant parts of the evidence of two of the staff witnesses, it was nevertheless able to accept other parts of their evidence. It was implicit that in rejecting Dr Mokhammad’s version of events (that he was the victim and not the perpetrator of the abusive language), the MPT did not find him to be a credible witness. However, the MPT did not explain this in its decision, but noted in its evaluation of his evidence that he was a softly-spoken man who appeared unlikely to get involved in this sort of incident. HHJ Williams found that:

The decision of the MPT to find Dr Mokhammad guilty of misconduct was therefore quashed.

As a regulator or panel, you need to take care when dealing with cases based solely on disputed witness evidence. In drafting determinations, panels must be alive to the need for the practitioner to understand the reasons for any adverse findings against them, and to explain why they drew their conclusions as to the most likely version of events.

We have represented numerous regulators for more than 20 years. Our large team of specialists has a vast amount of experience in investigating and preparing cases involving disputed witness evidence, including in relation to allegations of offensive and insulting behaviour.

For more information on any of the issues discussed in this insight, please contact Charlotte Blackbourn or any of your regular contacts at Capsticks. 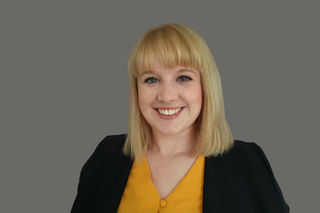 Charlotte Blackbourn
SolicitorLondon
charlotte.blackbourn@capsticks.com
020 8780 4691
Share this insight
Back to top