In Kuteh v Dartford and Gravesham NHS Trust, the Court of Appeal has unanimously dismissed an appeal by the Claimant against the Employment Tribunal’s findings that her dismissal was fair. The Trust, represented in these proceedings by Capsticks, had dismissed her for gross misconduct after she initiated inappropriate conversations about religion with patients contrary to a management instruction. The Court of Appeal found that there had been no breach of her right to manifest her religion or belief under Article 9 of the European Convention of Human Rights (ECHR).

K, a committed Christian, was employed by the Trust as a nurse in a pre-operative assessment role. This included completing a pro forma document that required her to make a simple enquiry about the patient’s religion. A number of patients complained that K had raised religious matters with them during assessments. One patient, for example, who was about to undergo major surgery for bowel cancer was told he would have a better chance of survival if he prayed to God.

The Claimant was told by the Matron that she should not do so again, but following this instruction further complaints were made by patients.

Following an investigation, K was called to a disciplinary hearing at which she faced three allegations:

All three of the allegations were upheld and K was summarily dismissed. Her appeal against her dismissal was unsuccessful.

K brought a claim for unfair dismissal in the Employment Tribunal (ET). She alleged that the Trust was under an obligation to interpret the NMC Code in a way that was compatible with her right to manifest her religion under Article 9 ECHR.

The ET and the Employment Appeal Tribunal (EAT) dismissed her claim. K was permitted to appeal to the Court of Appeal on two grounds:

The Court of Appeal (CA) dismissed her appeal. Stressing that the case was purely one of unfair dismissal, the CA confirmed that that K had acted inappropriately by initiating discussions about religion with patients and by disobeying a lawful instruction given to her by management. She was dismissed for misconduct following a fair procedure. Even having regard to the importance of the right to freedom of religion enshrined by Article 9, it was plainly open to the ET to conclude that the Claimant was not unfairly dismissed.

This case serves as a reminder that the issues in an unfair dismissal case are relatively straightforward: whether the employer had a genuine belief that misconduct occurred, whether there were reasonable grounds for that belief and whether there had been a reasonable investigation (commonly known as the Burchell test). In this case, the test was clearly met. In relation to Article 9, there is a distinction between the right to manifest one’s belief and improper proselytisation of that belief. The Trust was entitled to treat the Claimant’s conduct as the latter, and therefore even taking into account her rights under Article 9, her dismissal was not unfair.

It is interesting that the Claimant did not argue that she had been discriminated against on the grounds of her religion. Had she done so, the case may have been decided differently, although recent decisions from the courts have stressed the distinction between holding a belief and the improper manifestation of that belief such as unreasonably imposing it on others. In this case, it was the improper manner in which the Claimant imposed her belief on patients that led to her dismissal, and therefore it is likely that a discrimination claim would also have been unsuccessful.

For further information on how this issue might affect your organisation, please contact Alessandra Gettins, Emma Rowley or Bridget Prosser. 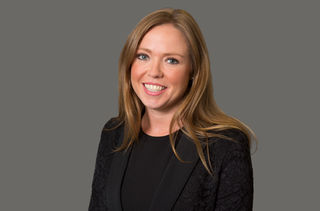 Emma Rowley
Senior SolicitorLondon
emma.rowley@capsticks.com
020 8780 4574
Share this insight
Back to top
Capsticks’ Cookies
We use cookies to ensure that we give you the best experience on our website. We also use cookies to ensure we show you advertising that is relevant to you. If you continue without changing your settings, we’ll assume you’re happy to receive all cookies on the Capsticks website. However, if you would like to you can change your cookie settings at any time.
Accept & close
x