In Kilraine v London Borough of Wandsworth, the Court of Appeal has provided some further guidance on what will amount to a "protected disclosure" under the whistleblowing legislation.

For a disclosure to amount to a “qualifying disclosure” attracting whistleblowing protection, it must contain information which, in the reasonable belief of the worker, is in the public interest and tends to show one of the six relevant failures set out in section 43B of the Employment Rights Act 1996 (ERA), such as a breach of a legal obligation or a breach of health and safety obligations.

Following her dismissal, K brought a whistleblowing claim against the London Borough of Wandsworth, arguing that she had made a number of protected disclosures during her employment and had suffered detriment and was dismissed as a result. The alleged disclosures included a letter sent to the assistant director of children’s services stating that Wandsworth was failing in its legal obligations towards her in respect of bullying and harassment, and that there had been “numerous incidents of inappropriate behaviour” towards her. The disclosures also included an email to the HR department, in which K complained that her line manager had failed to support her after she had raised a safeguarding issue.

The Employment Tribunal (ET) dismissed her claim on the basis that the disclosures she made were mere allegations and did not contain any information. The Employment Appeal Tribunal upheld the ET’s decision and K appealed to the Court of Appeal.

The Court of Appeal dismissed K’s appeal and found that she had not made any qualifying disclosures for the purposes of the whistleblowing legislation.

The Court of Appeal made clear its view that the key issue is not whether the disclosure is an allegation or not and confirmed that the requirement to provide “information” under the ERA is capable of covering statements that could also be characterised as allegations. However, the Court emphasised that a disclosure has to have sufficient factual content and be specific, in order to be capable of tending to show one of the failures listed in section 43B.  In this case, neither of the allegations that formed the subject of the appeal met these requirements and accordingly K’s appeal was unsuccessful.

This decision provides some useful guidance from a higher court as to what is or is not likely to amount to a protected disclosure. It serves as a reminder that allegations are capable of amounting to protected disclosures under the whistleblowing legislation, provided they contain sufficient detail.  Employers should always consider the nature and scope of such disclosures before determining how they should be treated. Determining whether a disclosure gives information is a matter of fact in every case, and will always require objective analysis.

For further information on how this issue might affect your organisation, please contact Bridget Prosser or Sian Bond. 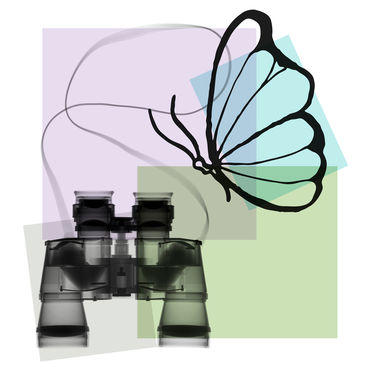 Our team of experts

Risk assessments are key to a successful return to work during #COVID19 — employers have a duty to carry out risk a… https://t.co/5JZUt3Y7Az

The @GOVUK has published guidance to assist those who are returning to work following the announcement of the… https://t.co/7gTdIsibqM

2 weeks
Share this insight
Back to top
Capsticks’ Cookies
We use cookies to ensure that we give you the best experience on our website. We also use cookies to ensure we show you advertising that is relevant to you. If you continue without changing your settings, we’ll assume you’re happy to receive all cookies on the Capsticks website. However, if you would like to you can change your cookie settings at any time.
Accept & close
x