In what is being described by the government as the largest ever state investment in building safety in this country, Housing Secretary Robert Jenrick has unveiled an unsafe cladding removal scheme, which will add a sum of £3.5 billion on top of the £1.6 billion already set aside towards achieving this aim.

The government hopes the new scheme will provide reassurance to the hundreds of thousands of leaseholders affected and bring confidence to the housing market, allowing homeowners to once again buy and sell these properties freely. The new measures announced to bring an end to unsafe cladding can be broken down as follows:

In this insight, we summarise these initiatives and what these mean for housing providers.

Mr Jenrick has committed that the government will fully fund the removal of dangerous cladding for all leaseholders in residential buildings 18 metres or over in England. With a £3.5 billion fund having been unveiled, this now adds up to a total £5.1 billion investment in building safety. This news will be very welcome to leaseholders but as there is an estimated 274,000 high-rise flats with dangerous cladding the next challenge will be to ensure there is capacity to carry out these remediation works as quickly as possible.

Mr Jenrick announced a new long-term, low-interest loan scheme for leaseholders in buildings under 18 metres where unsafe cladding needs to be removed. These loans will be spread out over a number of years with payments due from leaseholders capped at £50 a month.

Although the aim is to provide security to these leaseholders, with these costs estimated to reach at least £40,000, in many cases it could potentially leave residents paying off their debts for years to come. Although clearly unfair to those leaseholders who, purely due to their block’s height, will now have to personally contribute to the costs of making their building safe, Mr Jenrick has stated the government’s reasoning as being that fire-safety risks are significantly lower in blocks between 11 and 18 metres.

A new tax for developers

Mr Jenrick unveiled two new taxes to be introduced from 2022 on UK property developers to ensure the industry takes collective responsibility for historic building safety defects by contributing to the costs of the government’s efforts to remove unsafe cladding from high-rise blocks.

The first will be a levy that applies when developers seek permission for certain high-rise buildings in England, while the second will attempt to raise at least £2 billion over a decade from the whole of the UK residential property development sector. The details of these are yet to be published although the government will need to ensure any levy is not passed on, whereby increasing the cost of affordable homes that housing providers purchase from developers and future homes bought by individuals on a shared ownership basis.

With the aim of protecting future generations of homeowners, the government will be bringing forward legislation this year to tighten building safety regulation and to prevent malpractice arising in future. Mr Jenrick has promised an “unprecedented” and “world class” building safety regime but we await further details of this.

Potential advantages of the scheme

These measures should help to restore confidence in this part of the housing market and reinstate the value of many of these properties, as well as ensuring that many of these homes will be safe to reside in.

The most significant benefit of the government’s scheme will be for those living in buildings over 18m in height, who will be protected from the cost of removing the unsafe cladding from their block.

With these measures the government will be looking to reduce the need for ESW1 forms, which could go a long way in enabling those living in blocks currently with unsafe cladding who have previously been trapped through no fault of their own to sell or re-mortgage their homes freely and move on with their lives.

Potential issues with the scheme

The commitment to building safety does not at present largely extend to health and safety improvements beyond unsafe cladding. Further detail is awaited from the government to clarify the scope and nature of the remediation under the scheme. The timescale for the removal of unsafe cladding from these buildings is also currently unclear. Ensuring the health and safety of residents is paramount and should be at the centre of investment programmes for housing providers.

There is an argument that the measures do not go far enough as many leaseholders will miss out on support. Those residing in buildings between 11 and 18 metres with dangerous cladding are at a clear disadvantage under the scheme and in many cases will be paying off the government-backed loans for years to come.

It remains unclear to what extent the government will succeed in limiting the residential blocks for which lenders require ESW1 forms. The announcement of the Building Safety Fund in May 2020 has so far largely failed to dissuade lenders from requesting EWS1s so it is possible that this will continue to be an issue going forward despite the government’s latest interventions.

Capsticks’ housing team provides a truly full-service, with particular expertise in development, corporate and securitisation, housing leasehold and asset management. We advise housing associations and local authorities on a range of matters including estate regeneration schemes, housing management and tenant engagement, commercial and financial issues, including disputes and governance advice.

If you have any queries around what's discussed in this article, and the impact on your organisation, please speak to Katrina Day, or any of your contacts at Capsticks, to find out more about how we can help.

This article was authored by James Aronsson, paralegal in our Housing Development & Regeneration team. 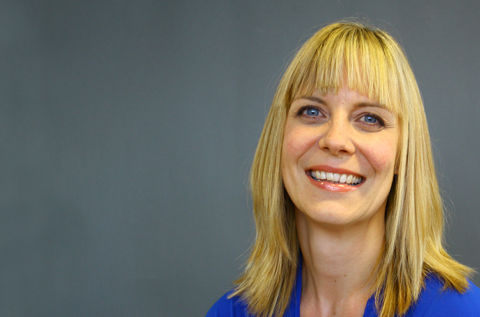