The High Court has held that a housing association’s decision to issue possession proceedings against a mentally disabled tenant who had assaulted staff members did not breach the Equality Act 2010 or its Public Sector Equality Duty.

The Claimant, who suffered from paranoid schizophrenia, had an assured tenancy at a Metropolitan Housing Trust property. Over the period of a couple of years, the Claimant assaulted two members of staff and exposed himself to a female resident. It was accepted that all of the incidents had occurred as a result of the Claimant's mental disability. Metropolitan Housing Trust commissioned an Equality Act 2010 assessment to assess the impact of eviction on the Claimant, whilst taking into account its responsibilities under the Public Sector Equality Duty (PSED), which found in favour of eviction. It decided to seek possession once suitable alternative accommodation was found. A recorder found that, due to the Claimant’s condition, the decision to seek possession amounted to less favourable treatment, but that it was a proportionate means of achieving a legitimate aim. The Claimant appealed.

The High Court, in dismissing the appeal, held that the decision to issue possession proceedings did not breach the Equality Act 2010 or Metropolitan Housing Trust’s duty under the PSED. There had been no unlawful discrimination and the decision was a proportionate response to a legitimate aim, as the eviction would only take place if suitable alternative accommodation could be found, meaning that the tenant would not be made homeless.

This is an extempore (oral) decision, so there is currently no written judgment.

The Court of Appeal refused to hear an appeal challenging a local authority's policy of requiring recipients of discretionary housing payments to pay the shortfall between housing benefit and rent.

The Court of Appeal, in dismissing the appeal, held that the appeal had become academic. The issue of the transparency of the policy had not been pleaded and only arose for the first time during the High Court hearing, so that Islington London Borough Council had not had the opportunity to investigate the point and submit evidence. The case was fact and context-specific and there was no public interest in hearing the appeal.

Investigation into a complaint against London Borough of Tower Hamlets (reference number: 19 000 068)

The Local Government and Social Care Ombudsman has found that the London Borough of Tower Hamlets had not provided suitable accommodation to a homeless pregnant woman and had failed to properly assess her needs.

The woman had put forward a homelessness application to the London Borough of Tower Hamlets. However, she was provided with an unfurnished flat, several miles away from her support network and her maternity hospital. The woman spent three months there, and had to sleep on a hard floor as she did not have a bed until she was awarded a grant one month into the tenancy. She was subsequently moved into privately-rented accommodation. The woman complained about her treatment to the Local Government and Social Care Ombudsman (LG&SCO).

The LG&SCO found that the London Borough of Tower Hamlets had not done enough to prevent the woman’s homelessness after her father had given her notice to leave the family home. There were delays in assessing her case and issuing her with a personalised housing plan, and it had not considered the suitability of the interim accommodation it provided, or reconsidered it when she asked it to.

The LG&SCO recommended that the London Borough of Tower Hamlets apologise and pay the woman £1,000 to recognise the time she had spent living in unsuitable accommodation.

A copy of the ruling is here and LG&SCO press release is here (published on 7 January 2020).

The Court of Appeal has allowed an appeal against a High Court decision which had refused to allow an appeal in a homelessness case being brought out of time.

The claimant (Mr Al Ahmed) had requested a review of London Borough of Tower Hamlets’ decision that he was not in priority need for housing under the Housing Act 1996. The review upheld the original decision and Mr Al Ahmed was told that he could appeal to the County Court. However, due to problems arranging legal representation, with the assistance of a housing charity, Mr Al Ahmed missed the deadline to bring his appeal and therefore sought to bring it out of time. The extension was granted by the County Court, but the High Court, in allowing London Borough of Tower Hamlets’ appeal, held that Mr Al Ahmed’s reasons for the delay – a lack of funds, the fact that he was a litigant in person and the role of the housing charity – were not good reasons for granting an extension. Mr Al Ahmed appealed.

The Court of Appeal, in allowing the appeal, held that, whilst everything would depend on the circumstances of the individual case, it would be both “surprising” and “unfair” if the Court was unable to take into account that the time limit was missed because the applicant was legally unrepresented, and thus unable to draft legal documents, and was seeking legal aid.

Housing authorities should take note of this decision when dealing with out-of-time applications.

The Local Government and Social Care Ombudsman has found that Sandwell Metropolitan Borough Council refused to fully support a vulnerable single mother and had unfairly denied her representative from attending meetings.

The single mother, who was claiming asylum, lived with her son in a one bedroomed flat, provided by Sandwell Metropolitan Borough Council. She was applying for asylum in the UK and was being assisted by a not-for-profit organisation (her “representative”). She was suffering from depression and had been threatened by the father of her child. She complained to the Council regarding the help it was providing, including the suitability of her accommodation and the support offered to her child. Her representative was subsequently barred from attending meetings with the Council, with the Council stating that this was because the representatives had “no right” to attend meetings and that the “meetings would become adversarial”. The Council had claimed that the representative was motivated by financial incentives and that it had sent abusive and threatening emails to the Council.

The single mother complained to the Local Government and Social Care Ombudsman (LG&SCO) that the Council had placed her in inappropriate accommodation for the past five years, had failed to provide her with proper support, and had not allowed her representative to attend meetings.

The LG&SCO found that the Council was not able to provide evidence that (1) the single mother and her representative had behaved inappropriately, or that (2) it had started safeguarding procedures to ensure the safety of her son as a result of these allegations. It consequently ordered the Council to apologise to the single mother for not allowing her representative to attend meetings and to pay her £250 to acknowledge the distress caused by its actions.

A copy of the ruling is here and LG&SCO press release is here (published on 23 January 2020). 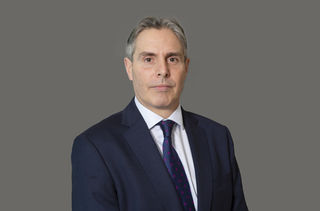 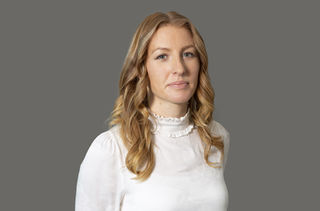 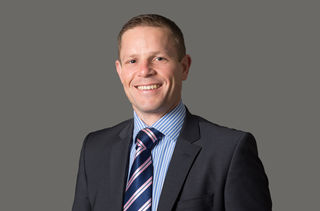 A CoA decision has resolved the thorny issue concerning service of a NTQ on the public trustee as well as the perso… https://t.co/zMJ91K4oYz

Join us for an interactive #webinar on practical solutions for #disrepair. Aimed at #ukhousing professionals, our e… https://t.co/x1m1VaTcow

Brought to you by our seasoned team of housing specialists, our monthly #ukhousing case law update provides a summa… https://t.co/VosBTxcT3Z