The Court of Appeal has looked at the nature of the housing duty owed by local housing authorities to homeless applicants under section 193(2) of the Housing Act 1966, confirming that an authority’s queuing system for applicants who were owed the duty was unlawful.

Background to the cases

Four applicants, some of whom had health issues or a disability or were responsible for a family member with a disability, had made separate applications to Birmingham City Council for accommodation under the homelessness provisions in the Housing Act 1996.

Birmingham City Council accepted that it owed the four applicants a housing duty and they were placed on a “Planned Move List” (“PML”) – this was a list of housing applicants who needed to move from one type of temporary accommodation to another, divided into separate “queues” according to how many bedrooms were required. The fact that an applicant was on a PML did not mean that Birmingham City Council accepted that the applicant’s current accommodation was unsuitable. When a property became available, it was offered to the applicant who had been waiting the longest for that type of property, although an applicant could be prioritised if there were exceptional circumstances.

The High Court held that Birmingham City Council’s system for allocating accommodation to homeless applicants was unlawful and it had therefore breached its duty. It granted a declaration that the duty under the Housing Act 1996 is “unqualified, immediate and non-deferrable” and that the Council’s system of putting applicants who are owed the duty, and whose accommodation is currently unsuitable, onto a waiting list for temporary accommodation is “not a lawful means of performing the duty”.

In R. (on the application of Imam) v Croydon LBC (No.2) [2021] EWHC 739 (Admin), the High Court has held that a disabled claimant was not entitled to a mandatory order requiring a local authority to provide her with suitable accommodation due to a lack of evidence regarding her conditions at the property.

The High Court, in granting her application in part, held that although Croydon London Borough Council was in breach of its statutory duty, she was not entitled to a mandatory order requiring it to provide her with suitable accommodation as there was insufficient evidence regarding how her living conditions at the property had impacted upon her. She had not established that her living conditions were having an extremely serious effect on her, or that the situation was “intolerable”. Croydon London Borough Council had not breached its duty to make reasonable adjustments for a disabled person, although it had unlawfully failed to consider her request to move her from priority Band 3 to priority Band 1 under its housing policy.

The Court of Appeal decisions

The Court of Appeal dismissed Birmingham City Council’s appeal, finding that once a local housing authority had accepted that a duty was owed under section 193(2) of the Housing Act 1996, and that the housing applicant’s current accommodation was unsuitable, it was under an immediate and unqualified duty to ensure that suitable accommodation was available. The duty was not a duty to simply ensure that suitable accommodation was made available within a reasonable time. In the second case, the Court allowed Ms Imam’s appeal, ruling that the High Court had (1) erred by having regard to Croydon London Borough Council’s budgetary constraints and limited financial resources when deciding whether a mandatory order was appropriate, and (2) wrongly approached the question of whether Croydon London Borough Council had taken all reasonable steps to ensure that it complied with its duty under s 193(2) of the of the Housing Act 1996, such that it would be inappropriate to grant a mandatory order in the circumstances of the case. The case was remitted back to the High Court for reconsideration of the refusal to grant a mandatory order.

Birmingham City Council and Croydon London Borough Council are both seeking permission to appeal the Court of Appeal rulings to the Supreme Court.

This decision has shown that in breach of duty homelessness cases, a local housing authority may no longer be able to fully rely on a lack of financial resources or limited housing stock as a defence, and will have to show that satisfactory steps have been taken to try to fulfil their housing duty.

The Court of Appeal has held that a local authority housing officer had made appropriate inquiries when reviewing a decision that suitable accommodation had been offered to a disabled transgender woman.

Mrs Biden, a disabled transgender woman who also suffered from depression and anxiety, applied to Waverley Borough Council for housing assistance. She was offered a ground floor self-contained flat in a block but refused it, arguing that it was unsuitable because, having been a victim of hate crimes in the past, she did not want to live in a remote and unfamiliar area, away from her support network. Following the refusal, Waverley Borough Council said that its housing duty had been discharged. However, Mrs Biden sought a review on the grounds that the accommodation offered was unsuitable and that her protected characteristics under the Equality Act 2010 had not been considered.

After consulting a police support community officer (PCSO) and a GP's practice local to the designated address regarding the transgender issues raised by Mrs Biden, the reviewing officer was satisfied that the property was affordable, well-located and that there was no risk to a transgender person from living in the area. Therefore, the original decision regarding the property’s suitability had been correct. Mrs Biden appealed, arguing that the reviewing officer should have made inquiries of a Lesbian, Gay, Bisexual, Transgender (LGBT) liaison officer on matters relating to gender reassignment hate crimes in the area of the accommodation offered. The County Court dismissed her appeal, but Mrs Biden appealed to the Court of Appeal.

The Court of Appeal, in dismissing the appeal, held that it was entirely speculative to assume that the PCSO had not received awareness training on gender reassignment issues and did not liaise with the LGBT liaison officer. It held that Waverley Borough Council’s inquiries had been adequate and it had complied with the requirements of the Equality Act 2010.

Local authorities will welcome this decision, which confirms that the “scope and scale” of the necessary inquiries to be made by a local housing authority is a matter for them and that the courts should not intervene unless satisfied that no reasonable housing authority could have been satisfied on the basis of the inquiries made. The Court of Appeal rejected any notion that gender reassignment creates a higher duty on a local authority than any other protected characteristics under the Equality Act 2010.

The Supreme Court has held that a fixed-term secure tenancy could be brought to an end before its fixed-term expired, where the tenancy agreement contained a forfeiture clause or a break clause.

A landlord (“Croydon London Borough Council”) had brought a claim for possession against a tenant (“Miss Kalonga”) who had held a flexible tenancy for a fixed term of five years. Two years into the term, and due to rent arrears and anti-social behaviour, the Croydon London Borough Council served notice on Miss Kalonga, seeking termination of the tenancy and possession under the Housing Act 1985. However, Miss Kalonga argued that a flexible tenancy could only be terminated by forfeiture and that there was no forfeiture clause in her tenancy agreement.

The High Court dismissed Croydon London Borough Council’s claim for possession, finding that, under section 82 of the Housing Act 1985, a flexible tenancy for a fixed term cannot be determined before the expiry of the fixed term for a tenant's breach, unless the landlord had the benefit of a forfeiture clause in the tenancy agreement. Croydon London Borough Council appealed. The Court of Appeal, in dismissing the appeal, confirmed that the only way to terminate the secure tenancy during the fixed term was if the tenancy agreement contained a forfeiture clause and by obtaining a termination order under section 82 of the Housing Act 1985. As the tenancy agreement did not have such a clause, the claim for possession was dismissed. Croydon London Borough Council launched a further appeal at the Supreme Court.

The Supreme Court, in allowing the appeal in part, held that a break clause in a fixed term tenancy agreement would allow a landlord to seek possession when the break clause became exercisable under any of the statutory grounds (but not before). This applied to termination by forfeiture. If the tenancy agreement contained a forfeiture clause, but no break clause, the tenancy could only be terminated under section 82 of the Housing Act 1985 by termination in lieu of forfeiture before or at the same time as seeking possession on statutory grounds. A fixed-term tenancy without a forfeiture clause or a break clause could not be terminated under the Housing Act 1985 until the lease had expired. Whilst the Supreme Court upheld Croydon London Borough Council’s appeal in part because the tenancy agreement contained a forfeiture clause, the possession claim had to fail because Croydon London Borough Council had not relied on non-default grounds which would have engaged it.

The decision is an important one for local housing authorities with flexible tenancies and they should look at the terms of their tenancy agreements before launching possession claims.

The Court of Appeal has confirmed that a two-stage process should be applied by local housing authorities when they receive a fresh homelessness application from the same applicant.

The High Court, in refusing the application, held that the passing of time and Mr Minott’s unlawful occupation of the accommodation did not provide him with a local connection to the area or amount to a “new fact” for the purposes of a fresh homelessness application. Also, the Court held that his refusal to allow Cambridge City Council to recover possession of the accommodation (thus stopping other families from using it) and his failure to engage with Sandwell Metropolitan Borough Council were “tantamount to a manipulation of the homeless statutory regime”. The Court concluded that if the application was allowed, other applicants without a local connection who was dissatisfied with a referral decision would also be able to frustrate the referral system by refusing to leave until such time as s/he had resided for six months in one area. Mr Minott appealed to the Court of Appeal.

The decision highlights that when dealing with fresh homelessness applications, local housing authorities should ensure that the two-stage process is followed and that the stages are considered in the correct order to avoid a potential legal challenge to the decision made. 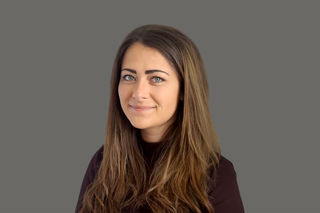 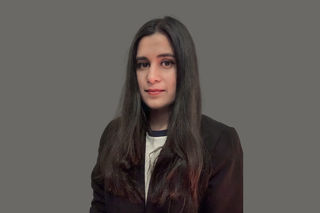