On 23 October 2019, the Supreme Court handed down a landmark decision in the case of Shanks v Unilever Plc and others. This is an important decision for all those involved in innovation and creation of intellectual property as it clarifies the law about when an employee inventor will be entitled to share in the profits.

Professor Shanks was a Scottish scientist who in 1982 invented the Electrochemical Capillary Fill Device (ECFD), a system which revolutionised measuring the concentration of glucose in blood, serum and urine using LCD technology for use in diabetes testing. At the time, Shanks was employed by Central Resources Limited (CRL), a wholly owned subsidiary company of Unilever Plc. He admitted that the rights to his invention belonged to CRL, pursuant to section 39(1) of the Patents Act 1977, which in brief states that an invention made by an employee shall be taken to belong to his employer for the purposes of the 1977 Act.

Shanks left Unilever in 1986 and in the following years the company maintained the rights to the ‘Shanks patents’. These patents formed the basis of Shanks’ proceedings against Unilever Plc.

In the late 1990s, the glucose-testing market expanded significantly and Shanks’ technology played a crucial role. It appeared in the majority of glucose-testing products and companies were willing to pay millions to use the technology.

Professor Shanks made an application in 2006 for compensation in respect of the royalties generated by the Shanks patents. At the hearing in 2012, the hearing officer acting for the Comptroller General of Patents held that with regard to the size and nature of Unilever’s business, the benefits that the Shanks patents provided to Unilever fell short of being outstanding and Shanks was denied any compensation.

Shanks made unsuccessful appeals firstly to the High Court and then to the Court of Appeal, both of which were dismissed. The Courts held that the hearing officer had made no error of principle in considering the issue of whether the patents provided ‘outstanding’ benefit.

When it reached the Supreme Court, section 40(1) of the Patents Act 2004 formed the focus of the proceedings. In summary, this provides that in circumstances where it appears to the court that an employee has made a patented invention which belongs to the employer, and that patent provides outstanding benefit to the employer, it is just that the employee should be awarded compensatory payment.

Rejecting the hearing officer’s original conclusion, the Supreme Court concluded that he had adopted the wrong starting point in his assessment of what could be considered as ‘exceptional’.

At the time he invented the product, Professor Shanks was employed by CRL. Their undertaking as a business involved generating inventions and providing those inventions to Unilever for use in connection with its business. It was the size and nature of CRL to which the hearing officer was required to have regard when assessing the nature of the benefit of the Shanks patents. The hearing officer had incorrectly equated CRL’s undertaking to the whole of the Unilever group. Moreover, the hearing officer had focussed on Unilever’s overall turnover and profits (which reflected their royalties for a myriad of their products from ice cream to deodorants) and these were influenced by factors such as branding and pricing which further complicated accurate evaluation.

The Court set aside the decision of the hearing officer, concluding that Professor Shanks had made the invention using his own initiative and in a capacity outside the brief for which he was employed by CRL. The rewards of the invention which Unilever subsequently received were substantial, significant and stood out in comparison to the benefit which Unilever derived from its other patents. Professor Shanks work should have been regarded as ‘outstanding’ within the meaning the 2004 Act.

After a legal battle lasting for 13 years, Professor Shanks was awarded £2 million in compensation which was held to be a ‘fair share’ of Unilever’s net benefit of £24 million for the Shanks patents.

To find out more about how this case could impact your organisation please contact Jane Barker or Hugh Wooster. 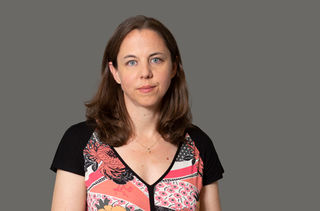