Key changes for housing providers to be aware of are discussed in more detail below. The main points include:

We’ll be hosting a webinar on this topic on 10 February; learn more and register here.

In what are being described by the government as “the biggest reforms to English property law for 40 years”, Housing Secretary Robert Jenrick has announced a series of changes with the overall aim of reducing the financial burden currently placed on many leaseholders to create a fairer and simpler system of home ownership. These initiatives include the right for millions of leasehold homeowners to extend their leases to 990 years with zero ground rents, the creation of an online calculator to determine the costs of extending a lease, abolishment of the “marriage value” and the formation of a Commonhold Council to encourage widespread take-up of commonhold ownership.

Below, we provide a summary of these reforms and what they mean for housing providers.

This announcement caught many by surprise this week as older-person schemes were expected to be excluded from the impact of the new legislation. This change will be significant for organisations that use ground rents to recover development costs of communal areas for new older person schemes. We will be watching this development very carefully, particularly as legislation bringing forward these changes is now expected in the coming parliamentary session, and will keep you updated. The Government has, however, acknowledged that this will have a significant impact on developers and so has announced that provision around ground rents for new older-person schemes will be deferred and will come into force only 12 months after all other ground rents on new developments are reduced to zero.

Mr Jenrick has confirmed that a new, standardised method of determining the cost of a leaseholder extending their lease or purchasing the freehold will be introduced via an online calculator. This calculator will be easily accessible to tenants to give greater clarity and certainty as to the expected premium payable. Exact details of the online calculator are yet to be published, although Mr Jenrick has stated that we can expect the calculation to be fair to both the leaseholder as well as the freeholder. As the current calculation methodology is sensitive to variables such as the market and the expired length of the lease, this could potentially lead to leaseholders putting off lease extensions in order to wait for the benefits of the new online calculator system.

Abolishment of the “Marriage Value”

The “marriage value”, which can currently increase the premiums payable significantly where it applies, is set to be scrapped by the government. For landlords with portfolios of leases with less than 80 years remaining, the expected “marriage value” income will now be lost. Again, this means that leaseholders may delay extension applications until the new legislation is in place – particularly those with a remaining lease term that is under 80 years. There is, however, no current timeline around this part of the changes, so opting to delay does carry its own risks as short lease terms continue to run down.

Mr Jenrick’s final announcement was that a Commonhold Council will be established to prepare homeowners and the housing market for the widespread take-up of commonhold property. Commonhold allows residents to own the freehold of a unit within a housing block, while jointly managing the common parts. It is currently unclear as to whether there would be exemptions for properties managed by registered providers. Although the commonhold model is frequently used throughout other parts of the world, there have been fewer than 20 developments to utilise it across England and Wales. There remain many challenges and obstacles for commonhold to overcome here, especially a lack of incentive for developers and lenders, if it is to become a more widely used form of homeownership. If the government ever achieves its aim of pushing commonhold forward as the new preferred system of flat ownership in England, it is certainly going to take a considerable length of time.

There is currently no precise timetable for when the changes will come into force, although the government has stated that legislation will be brought forward in the coming session of Parliament and specific commonhold reforms are planned at a later date. As long as greater detail is forthcoming in the near-future and implementation of these reforms is swift, many of the changes will be gladly welcomed by the social housing sector.

Capsticks provides truly national full-service support to over 200 registered providers (RPs) across the country. Our Housing & Regeneration team, one of the largest in the country, advises on all types of development transactions from forward funded schemes, section 106 developments and stock rationalisations to plot sales and general asset management work. We are experts on all aspects of planning law including s106 agreements, CIL advice, planning appeals, Compulsory Purchase Orders and all general planning law matters.

If you have any queries around what's discussed in this insight, or the spending review itself, and the impact on your organisation, please speak to Nalton Stembari, James Howard, James Aronsson, or any of your contacts at Capsticks to find out more about how we can help. 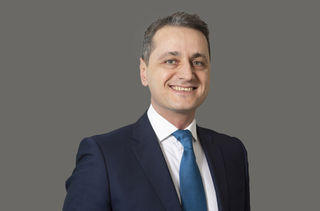 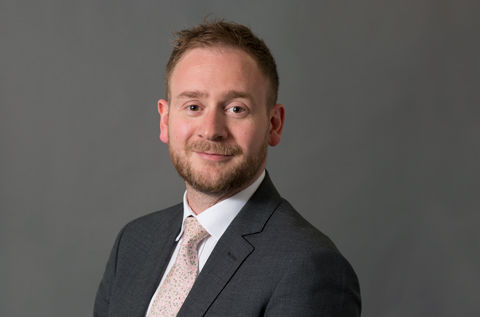