How will the Levelling Up White Paper change the social housing sector?

The Levelling Up White Paper, published by the Government on 8 February 2022, recognises that social housing will play a significant role in narrowing the gap between top performing and other areas of the country.

Among other aspects, the White Paper contains a welcome emphasis on regeneration in England and clarifies where existing funds will be directed. It proposes a wider remit for Homes England, who will support mayors and local government to drive forward their ambitions for new affordable housing and regeneration in their respective areas.

In this insight, we summarise the key announcements for social housing within the White Paper from the perspective of registered providers and developers.

The ‘80/20 rule’, which prioritises Homes England funds invested in areas with low housing affordability, is set to be scrapped under the proposals. 80% of government funding for housing supply is currently directed in this way. Under the current regime, this means that high-cost housing areas of Greater London and the South East are the winners, with other parts of the country losing out.

Homes for the North, an alliance of 17 housing associations in the North of England, has welcomed the announcement.  It had long campaigned for this change, with only four Northern local authorities able to access the key funding streams from Homes England. The change would also mean brownfield sites in the North and the Midlands benefit from a bigger slice of the £1.8bn brownfield funding.

Having confirmed that the rule is to be scrapped, there is no indication yet what will replace it.  Experts in the social housing sector envisage that a new umbrella strategy for spending money in the right places will need to be adopted by the Government and Homes England.

Devolution frameworks will give mayors and authorities more control

The paper sets out a framework using three levels of devolution. Areas with a directly elected mayor will have significant control over housing spend, including grant funding via the Affordable Homes Programme.

To support levelling up across regions, the Government is to extend the existing Brownfield Housing Fund empowering mayors to tackle their local brownfield challenges. This will allow mayors to identify and fund the projects most needed to support their area’s levelling up ambitions by bringing disused land back into use and transforming brownfield sites. The grant of the new funding will depend on each mayoral combined authority (MCA) being able to spend the prescribed allocations. This will be in addition to the £1.8bn available for locally-led brownfield projects.

The plans also include establishment of more MCAs, as well as the extension of further powers to existing MCAs – Greater Manchester and the West Midlands are to act as “blueprints” for others to follow. These new structures could provide opportunities for a good working partnership between housing associations and MCAs needed to tackle homelessness and the affordable housing crisis.

The White Paper revealed plans setting out a new remit for Homes England to regenerate towns and cities, in addition to its existing functions. 20 towns and city centres will be undertaking ‘”King’s Cross-style regeneration projects”, with derelict urban sites being transformed into communities where people want to be.

Under these plans, Sheffield and Wolverhampton would be the first places to benefit from the £1.5bn funding pot made up from the overall £1.8bn of regeneration funding announced at the October 2021 budget.

The paper emphasises that this will build on the lessons learned from Homes England’s partnership with Greater Manchester Combined Authority, Homes England and local housing providers in Manchester.

A new £1.5bn Levelling Up Home Building Fund providing loans to SMEs and in support of the wider regeneration agenda in priority areas is to be launched. The Government is keen to build on the success of the Help to Buy scheme and the Mortgage Guarantee scheme by working with the lending industry to maximise the availability of low deposit mortgages.

The paper promises to review and streamline the buying and selling process by reducing costs for prospective purchasers before they have secured a property. As part of the plan, the Government and the housing sector are to work together to ensure buyers are aware of critical information such as tenure type, lease duration and service charges (if any), and that these are digitally available where possible via trusted and authenticated sources. Consideration will be given if this should become a legal requirement on each property.

Reference was also made of the government’s commitment to building more affordable social housing, however those details are yet to be outlined. It is presumed this will be done through the £11.5bn Affordable Homes Programme. A Social Housing Regulation Bill is to be introduced to bring forward plans outlined in the Social Housing White Paper in 2020.

Overall, the Government has spelled out twelve ‘missions’ for levelling up, spanning education, employment and productivity, transport, health and housing, which it will aim to achieve by 2030.  However, there are still questions as to how the new proposals would work in practice and around the details of funding.

The White Paper is a crucial step forward in the housing crisis.  Figures and housing associations across the sector are of the view that the Government must set out a plan for significant investment in social housebuilding to tackle the housing crisis head on. The devil will be in the detail, so the Government will need to provide greater clarity on how it aims to deliver on its ambitions in levelling up across all regions, once and for all.

From development and regeneration, finance and security charging, planning and construction, to corporate, commercial and procurement, homeownership as well as governance and policy, we are go-to advisors on the full range of legal challenges faced by registered providers.

Our values reflect your priorities—we care about what we do and aim to make a positive difference in people’s lives. If you have any queries around what's discussed in this article, and the impact on your organisation, please speak to Jen Hankinson or Andrea James to find out more about how Capsticks can help. 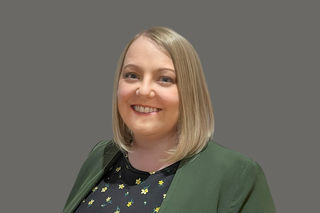 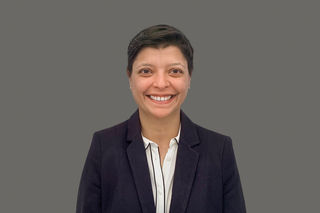