The Court of Appeal has held that the differential treatment in sections 87 and 88 of the Housing Act 1985 relating to second successions is not discriminatory.

Mr Simawi was the son of a couple who were joint secure tenants. When his father died in 2011, his mother became the sole tenant through survivorship succession. His mother died in 2013 and the London Borough of Haringey served a notice to quit after refusing Mr Simawi’s application to succeed the tenancy as a family member. Mr Simawi was not allowed to succeed his mother’s secure tenancy because she had been a successor (i.e. she had succeeded the tenancy as a sole tenant following her husband’s death). The Council subsequently issued possession proceedings.

Mr Simawi resisted the claim for possession, arguing that he was suffering unlawful discrimination. He argued that, as a child of a widowed tenant, he was being treated differently from a child of a divorced tenant. The High Court rejected Mr Simawi’s argument, ruling that the issue of whether he could succeed his mother’s tenancy was not determined by his status as the child of a widow rather than the child of a divorcee; Instead, the issue was determined by the legal mechanism by which the person from whom he would succeed had acquired the tenancy. The Court also confirmed that any discrimination would be justified under the fair management of local authority housing stock. Mr Simawi appealed.

The Court of Appeal, in dismissing the appeal, held that Mr Simawi’s status was not grounds for direct discrimination, given that his chosen comparator (a child of a divorcee) would not always be able to succeed to a secure tenancy. It also held that the succession rules had not amounted to indirect discrimination either, despite Mr Simawi’s arguing that the inability to pass on succession rights had a greater impact on women, as women were more likely to be successor spouses themselves. The Court said that “more women than men benefit from succession rights” and that “On the face of it, the advantages and disadvantages appear to be in balance.”

The ruling will be welcomed by local housing authorities, as it further clarifies the issue and the continued applicability of the rule in relation to secure tenancies. However, this may not be the end of the story, as Mr Simawi is expected to apply to the Supreme Court for permission to appeal the ruling.

The High Court has held that a local housing authority had been wrong to conclude that an applicant for homelessness assistance was not a vulnerable person within the meaning of the Housing Act 1996.

Mr Guiste had applied to London Borough of Lambeth for housing assistance, claiming that he had priority need as he suffered from hypoparathyroidism and had various mental health issues, which had led to self-harming. However, after considering medical reports that had stated that homelessness would significantly increase the likelihood of Mr Guiste self-harming, London Borough of Lambeth concluded that Mr Guiste was not “vulnerable” within the meaning of s.189(1)(c) of the Housing Act 1996. The decision was then upheld on review and by the County Court on appeal. Mr Guise appealed.

The Court of Appeal, in allowing the appeal, held, amongst other things, that London Borough of Lambeth had not satisfactorily explained its reasons for disregarding the medical reports. It found that the review decision was self-contradictory, as it acknowledged that there was a risk of further self-harming/suicidality, but did not conclude that it would make Mr Guiste more “vulnerable” than an ordinary person if made homeless. Consequently, the Court held that the issue must be reconsidered by a different reviewing officer.

The ruling highlights the need for local authorities to ensure that their review decisions can be sufficiently justified if they do not follow evidence provided by medical experts.

The Court of Appeal has held that that it was unreasonable for a residential landlord to ask its tenants to pay upfront for remedial work to their building, where costs were recoverable under NHBC warranties.

The landlord (Avon Ground Rents) wanted to carry out remedial work to the building due to water penetration. Under the terms of the leases, Avon Ground Rents was entitled to recover from its tenants “the reasonable and proper expenditure estimated by the landlord as likely to be incurred” and to require the leaseholders to make an upfront payment towards these costs through a service charge.

The leaseholders refused to pay, arguing that the costs were recoverable under NHBC warranties and that it was unreasonable to demand upfront costs, when they should only have to pay any shortfall between the NHBC’s payments under the warranties and the total costs of the work. Avon Ground Rents launched proceedings, arguing that it was “reasonable” to ask for the whole sum upfront. The First-Tier Tribunal found in favour of the leaseholders, ruling that the tenants' contributions should be reduced to take into account the NHBC's offer to pay (NB: The NHBC had not disputed its liability to contribute towards the cost of the works, but for a time it had not committed itself to paying a specific sum). Avon Ground Rents appealed and the Upper Tribunal held that the First-Tier Tribunal had been entitled to hold that Avon Ground Rents’ demand for the tenants to pay the full cost of the remedial works in advance was unreasonable, as the NHBC had agreed to pay almost the full amount and there was no reason to suspect that the payment would be delayed. Avon Ground Rents appealed.

The Court of Appeal, in dismissing the appeal, held that it was not reasonable for the tenants to pay in advance for the entire cost of remedial work where it was expected that NHBC would make a contribution. Section 19(2) of the Landlord and Tenant Act 1985 applies to residential tenancies and, where a service charge is payable before the relevant costs are incurred, provides that only reasonable sums are payable. Section 19(2) does not define what is “reasonable”; but allows for flexibility.

The case is a warning to landlords that section 19(2) protects residential tenants, and that tribunals have flexibility in deciding the reasonableness of advance service charge payments.

The High Court has held that a local authority had not fulfilled its duty under the Housing Act 1996 to provide suitable accommodation to a refugee.

SH applied for judicial review of London Borough of Waltham Forest handling of her homeless application.

This case highlights the necessity for local authorities to ensure that all documentation is issued to housing applicants before they are able to discharge their housing duty.

A related case was covered in October’s Case Law Update. 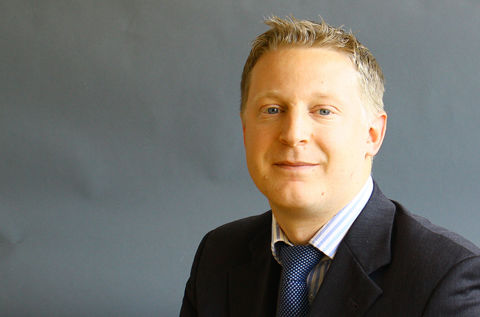 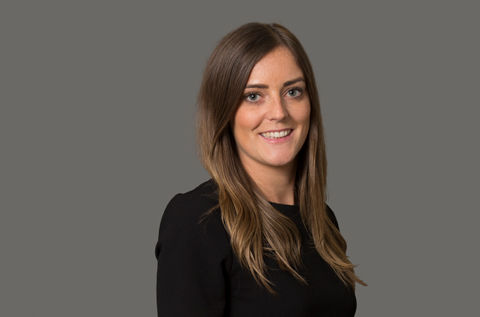 The Court of Appeal gave judgment on whether landlords can recover possession via a notice under s21 of the Housing… https://t.co/biR70MteBz

In its latest Coronavirus Operational Survey Reports and a talk as part of #DigitalHousingWeek, the RSH has been re… https://t.co/S0e5saEmDc

Join us on Tuesday 30 June for our #webinar on portfolio #disposals and #acquisitions, where our experts will lead… https://t.co/Hj2rlCoAQK

Join us on Tuesday 30 June for our #webinar on portfolio #disposals and #acquisitions, where our experts will lead… https://t.co/c4KIVy3jnW

The Upper Tribunal has given its judgment in Information Commissioner v Poplar HARCA. A Private Registered Provider… https://t.co/VSAd6HkXPS