The Court of Appeal has held that a social landlord was liable under the Defective Premises Act 1972 for injury caused by a defective inspection cover in a tenant's garden.

Under a tenancy agreement, the landlord (Bolsover District Council) was obliged to repair the structure and exterior of the property. The social tenant (Ms Rogerson), who had recently occupied the property, stepped onto a corroded inspection cover, owned by Severn Trent Water, whilst mowing the lawn and fell into a void that was used for water sewage purposes.

The Court of Appeal, ruling in favour of Ms Rogerson, held that whilst, under the Defective Premises Act 1972, a landlord was not necessarily under a duty to implement a system of regular inspection, the landlord’s knowledge of any likely or known risks in the property was relevant. Although Bolsover District Council inspected the property prior to the grant of the lease and again only a few months before the accident, it had not taken reasonable care when carrying out the inspections. Importantly, the fact that the cover and void belonged to Severn Trent Water (rather than Bolsover District Council) did not remove the requirement for Bolsover District Council to inspect the cover.

This decision is important to landlords who have repairing obligations. Generally, landlords will not be responsible for back gardens under the tenancy agreement, but this claim was brought under the Defective Premises Act 1972. Also, the steps that a “competent” landlord ought to take by way of inspection will depend on the circumstances – this could be a visual inspection, but in some situations more action may be required.

The High Court has held that a local authority did not have a statutory obligation to conduct a second review of its decision that the accommodation it was providing was affordable for its occupant.

The claimant (“B”) was a mother who had left her home due to domestic violence and was accommodated by the local authority (London Borough of Redbridge) by way of its its homelessness obligations under the Housing Act 1996. Although she accepted the accommodation, she unsuccessfully challenged its suitability in the County Court, having argued that it was unaffordable (she received state benefits and anticipated that they would be reduced by the impending ‘benefit cap’). After discovering that her utility bills were higher than anticipated, B then sought to compel London Borough of Redbridge to carry out a further statutory review of the accommodation’s suitability, based on its affordability. This was refused, so B sought a judicial review of the decision.

The High Court held that the London Borough of Redbridge did not have an obligation to conduct a second review, and B could make a fresh housing application under the Housing Act 1996. It held that London Borough of Redbridge had a continuing obligation to ensure that the flat was suitable, but that was not the same as making a continuing decision that it was suitable. The application for a second review had been made out of time, so there was no obligation to conduct a review.

The County Court has accepted an application by a local housing authority to strike out part of a notice of appeal against a homelessness review decision of its reviewing officer.

The London Borough of Lewisham had offered accommodation to Ms Adesotu, a single parent who suffered from depression; however, it believed that she had refused the offer, as no confirmation of acceptance was received from her. Ms Adesotu appealed, arguing that the London Borough of Lewisham had breached the Equality Act 2010 and failed to take into account her disability, by not giving her sufficient time to decide whether to accept the offer of accommodation

The Court allowed, in part, the London Borough of Lewisham’s application to strike out the appeal, finding that its powers to vary or quash a reviewing officer's decision were inappropriate, as the central issue in the case was whether the London Borough of Lewisham's procedures were discriminatory before the review was sought from the reviewing officer. Permission to appeal was also granted to Ms Adesotu, so this may not be the end of the story.

The Upper Tribunal (Lands Chamber) has held that the London Borough of Southwark can recover a service charge from a tenant for work carried out in the building.

The Upper Tribunal, in allowing the appeal, held that a leaseholder was liable to pay, stating that that the issue was not whether the proposed replacement was an ‘improvement’ rather than a ‘repair’ - a covenant to provide services is wider and goes beyond a covenant to repair. It was a covenant to provide services, to which the distinction between “repair” and “improvement” was irrelevant. The Upper Tribunal concluded that the costs of replacing the heating and hot water system were costs of providing the service and, consequently, the leaseholder was liable to contribute to the replacement costs.

This particular judgment turned on the wording of the specific covenant in question; however, it is a useful reminder that a covenant to provide services is wider than a covenant to repair, and can enable the covenantor to carry out whatever work is required in order to provide the service, even if that work exceeds what would normally be deemed a “repair”. 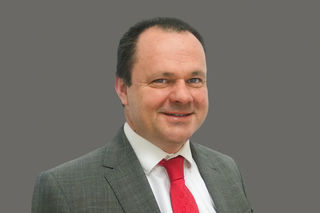 Daniel Skinner
PartnerLondon
daniel.skinner@capsticks.com
07841 004 921
Share this insight
Back to top