The Court of Appeal has confirmed that an order prohibiting a tenant with a history of racist harassment towards his neighbour from using abusive language outside the neighbour's property was justified.

A tenant (“Mr Molloy”) had engaged in racist harassment of his neighbour (“Ms B”) and her family. When Ms B complained to the police and her housing association (“BPHA”), she was advised to install CCTV outside the front of the terraced property to obtain evidence. When a number of racist incidents were caught on camera, BPHA issued proceedings against Mr Molloy under the Anti-social Behaviour, Crime and Policing Act 2014. An interim injunction was made against Mr Molloy, but his anti-social behaviour continued and BPHA issued committal proceedings in relation to six alleged breaches of the interim injunction, including five that had been recorded on CCTV. The County Court found that only one of the alleged incidents had been proved to the criminal standard of proof – in this particular instance, Mr Malloy and his wife had made racist comments in a conversation in front of the CCTV camera, which amounted to intimidation or attempted intimidation. However, it did not amount to abuse “against” Ms B, because B had not been physically present. Mr Malloy was sentenced to 28 days' imprisonment, suspended for two years on compliance with the injunction. Mr Malloy appealed, arguing that the terms on which his prison sentence was suspended, including an order preventing him from using any abusive language or gestures outside the properties, disproportionately breached his right to respect for his private life.

The Court of Appeal, in dismissing the appeal, held that the County Court had been correct to find that Mr Malloy had breached the injunction. The installation of the CCTV had been necessary and proportionate given Mr Malloy’s anti-social behaviour towards Ms B. The obligation to behave in a civilised manner in a shared area in front of Ms B’s home was not very burdensome but, given Mr Malloy’s past behaviour, the imposition of an order was justified.

The Court of Appeal has held that a landlord could serve a section 21 notice on an assured shorthold tenant despite not issuing an energy performance certificate.

The Court of Appeal dismissed the appeal. The requirement for a landlord to provide a tenant with an EPC is laid out in regulation 2 of The Assured Shorthold Tenancy Notices and Prescribed Requirements (England) Regulations 2015. However, the Court of Appeal held that regulation 2 did not apply to tenancies granted before 1 October 2015. From 1 October 2018, the Secretary of State had the power to extend the scope of regulation 2 to any assured tenancy existing on that date, but had not exercised that power.

This decision will be welcomed by landlords who have granted pre-1 October 2015 tenancies, but it is possible that the Secretary of State could extend the application of regulation 2 at some point in the future.

The Upper Tribunal (Lands Chamber) has held that an HMO landlord had the defence of “reasonable excuse” and therefore a rent repayment order could not be made against her.

The landlord (“Ms D’Costa”) owned a terrace house, which was let to a company (“Apartment Wharf”) in 2015. The company was permitted to sublet the property to six tenants. Following a visit by a local authority officer in September 2017, Ms D’Costa was told that the property did not require an HMO licence as it had only two storeys. However, following another visit by a local authority officer in July 2019, Ms D’Costa was told that the property needed an HMO licence, which she applied for on the same day, and that she should have had a licence from October 2018 when the rule regarding the number of storeys was abolished. The tenants subsequently applied for a rent repayment order. Ms D’Costa argued that when she first let the property, the local authority had informed her that she would be advised if she needed a licence and that, therefore, she had a reasonable excuse for managing the unlicensed HMO. The First-tier Tribunal, however, made a rent repayment order of £16,000 against Ms D’Costa and of £6,218 against Apartment Wharf for failing to licence the property. Ms D’Costa appealed.

The Upper Tribunal (Lands Chamber), in allowing the appeal, dismissed the application for a rent repayment order. Ms D’Costa had provided evidence of her meetings with the local authority officer, meaning that she had a reasonable excuse for not having obtained a licence between October 2018 and July 2019. She therefore had not committed the offence of controlling or managing an HMO without a licence.

The judge concluded his ruling with a warning to landlords, stating that the Tribunal “express[es] disappointment in the way the local housing authority conducted this litigation for the sub-tenants. If the local authority chooses to enter the fray it should take pains to do so in a way that is fair to all parties.”

The Court of Appeal has held that the front door to a flat within a block of flats is not a ‘landlord’s fixture’ but part of the building’s structure.

The tenant (“Mr Fivaz”) was a long leaseholder in a residential block of flats. He replaced the front doors to his two flats, without permission, which contravened a covenant in the lease that stipulated that the landlord's fixtures could not be removed from the property without consent. However, the term “landlord's fixtures” was not defined in the lease.

The landlord (“Marlborough Knightsbridge Management Ltd”) successfully applied to the First-tier Tribunal for a declaration that Mr Fivaz had breached his lease. The Tribunal determined that as the doors were not chattels, they must be “landlord's fixtures”. However, on appeal, the Upper Tribunal (Lands Chamber) reversed the decision, finding that the front doors were part of the flat, meaning that Mr Fivaz had not breached the covenant. Marlborough Knightsbridge Management Ltd appealed.

The Court of Appeal, in dismissing the appeal, held that the front door was part of the original structure of the flat and, therefore, was not a “landlord's fixture”.

The Court of Appeal has held that a review officer was entitled to find that there was ‘sufficient flexibility’ in a family’s budget when determining that a housing applicant was intentionally homeless.

The appellant (“Mr Patel”) and his family privately-rented a property but were evicted due to rent arrears. He made a homelessness application to the London Borough of Hackney under the Housing Act 1996. After he submitted a list of income and expenditure, the London Borough of Hackney refused the application, determining that he was intentionally homeless because he had failed to pay his rent, despite the fact that the rent was affordable. Mr Patel requested a review of the decision and submitted a revised list of income and expenditure. When the review officer upheld the original decision, Mr Patel appealed to the County Court, but the decision was upheld. He appealed to the Court of Appeal.

The Court of Appeal, in dismissing the appeal, held that, the review officer's assessment that there was sufficient flexibility in the family budget “was properly open to him on the information which he had” and, provided that the review officer has paid “due regard to the relevant guidance”, there were no grounds for the County Court to interfere with the decision.

The High Court has held that a magistrates' court had been wrong to not adjourn a hearing pending the outcome of a tenant’s appeal against the refusal of legal aid – but the expiration of the Closure Order rendered the tenant’s claim for judicial review “academic”.

The Claimant (“Mr Rayner”) suffered from paranoid schizophrenia. His neighbours complained of extensive anti-social behaviour at the property and, in June 2019, the landlord, Leeds City Council, served Mr Rayner with an Abatement Notice under section 80 of the Environmental Protection Act 1990 and a Notice Seeking Possession of the Property. In September 2019, Mr Rayner was detained in hospital and remained there until January 2020. Leeds City Council subsequently applied to Leeds District Magistrates’ Court for a partial premises Closure Order which would only permit access to the property by Mr Rayner and a small list of friends and family. Mr Rayner opposed the application and sought legal aid, which was refused. His solicitors applied for an adjournment to the hearing in order to appeal the refusal to grant legal aid. However, the adjournment application was refused and Leeds District Magistrates’ Court made the Closure Order for a period of three months. Mr Rayner argued that Leeds District Magistrates’ Court had been wrong to refuse the adjournment application and asked them to state a case so that he could appeal to the High Court. This was refused and Mr Rayner consequently applied for judicial review of that decision. However, by the time the case came to the High Court, the Closure Order had lapsed.

The High Court dismissed the claim, ruling that the claim was now “academic” because the Closure Order had expired and had not been renewed. However, the Court said that Leeds District Magistrates’ Court had been wrong to regard Mr Rayner’s application as “frivolous”, as a short adjournment to see whether a vulnerable litigant could have the benefit of legal representation would clearly have been reasonable. The Court said that had the Closure Order not expired, it would have allowed the adjournment application and told Leeds District Magistrates’ Court to state a case. 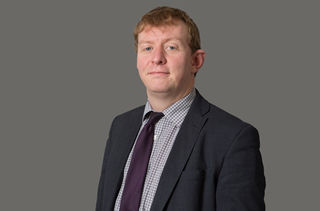