The High Court has held that a local authority is was liable for overcharging tenants for water bills.

Following the decision in Jones v London Borough of Southwark (2016) EWHC 457, whereby it had been held that Southwark Council had been “reselling” water to tenants without passing on the savings it had made through a similar agreement with Thames Water, one of the tenants (Mr Moss) asked Royal Borough of Kingston-Upon-Thames for a refund of any excess water and sewerage charges he had paid since the commencement of his tenancy. He argued that the commission received by Royal Borough of Kingston-Upon-Thames was not reflected in his water bill.

The High Court, ruling in favour of Mr Moss, held that Mr Moss was entitled to be reimbursed for the overpayments he had made to Royal Borough of Kingston-Upon-Thames since the commencement of the agreement.

An application for permission to appeal the ruling is expected. If the decision is not overturned, it could potentially lead to other local authorities and housing associations having to reimburse tenants for overpayments.

The Upper Tribunal has held that repairs to a building could not be included in the service charge if their effect was to make good a structural defect.

The Court of Appeal has held that when reviewing a homelessness decision under the Housing Act 1996, the review officer must reconsider the decision in light of all relevant circumstances at the date of the review, rather than only the facts at the time of the original decision.

The Court of Appeal, in dismissing the appeal, held that the review officer should have reconsidered the decision “in the light of all material circumstances at the date of review including the availability of suitable accommodation either within or closer to its district and the school which his daughter attends.”

The Upper Tribunal has held that a freeholder of a block of flats was able to recover service charges, as they were reasonable and payable.

In June 2016, the company went into liquidation. In June 2017, Adriatic Land 1 (GR3) Ltd purchased the freehold of the property and told the lessees that it was taking over the management of the property. In February 2018, it sent a service charge demand to the lessees. However, the lessees made no payments and instead launched legal proceedings to determine the “reasonableness” and “payability” of the service charge, arguing that the charge had greatly increased. The First-Tier Tribunal, siding with the lessees, held that the service charge was unreasonable. Adriatic Land 1 (GR3) Ltd appealed.

The Upper Tribunal, in allowing the appeal, held that the service charge had been reasonable and payable. The company had failed to perform its covenants, so Adriatic Land 1 (GR3) Ltd had entered the property and performed them. It held that a company in liquidation had effectively “ceased to exist” and therefore, under the proviso in the lease, the freeholder had been entitled to carry out the work.

The European Court of Human Rights has held that the “bedroom tax” amendment to the Housing Benefit Regulations 2006 discriminated against a woman who had suffered domestic violence.

The Government’s amendments to the Housing Benefit Regulations 2006 had resulted in reductions to the amount of housing benefit granted to individuals who were perceived to be under-occupying social housing. Two individuals (“JD” and “A”) occupied social housing that had been specially adapted to their needs – JD had a severely disabled adult daughter, and A was a victim of domestic violence who was still under threat from her aggressor and had had a “panic room” installed. However, in both cases, only two people occupied each property and there were three bedrooms in each, meaning that the properties were deemed to be under-occupied. The reduction in housing benefit meant that both women could not afford their rent. The two women launched discrimination claims.

The European Court of Human Rights held that the reduction in housing benefit had violated A's rights: the impact of treating A in the same way as other housing benefit recipients was disproportionate, and it also conflicted with the Government's sanctuary schemes for individuals at risk of domestic abuse. However, it also concluded that the reduction had not violated JD's rights on the ground of disability, partly due to the safeguards of discretionary housing payments, the requirements of the Human Rights Act 1998, and the public sector equality duty under the Equality Act 2010.

The Supreme Court has held that a local authority, court or tribunal can disregard government regulations if they are incompatible with human rights law.

In R. (on the application of Carmichael) v Secretary of State for Work and Pensions [2016] UKSC 58, the Supreme Court had held that parts of the “bedroom tax” were unlawful – i.e. that regulations B13(5) and (6) of the Housing Benefit Regulations 2006 led to unjustified discrimination on the ground of disability, as they did not cater for a “a transparent medical need for an additional bedroom”. Consequently, the law was changed and the Housing Benefit and Universal Credit (Size Criteria) (Miscellaneous Amendments) Regulations 2017 came into force in April 2017 to reflect the Carmichael ruling, but they were not retrospective.

A tenant (RR) lived with his disabled partner in a two-bedroomed council house. He received housing benefit, but the local authority reduced the amount payable as he was deemed by the Council to be ‘under-occupying’ the property. In August 2014, RR appealed to the First-tier Tribunal, which found that his partner's disabilities meant that the couple needed two bedrooms because of her disabilities and to accommodate her medical equipment and supplies. It also found that he had been discriminated against. In August 2018, after awaiting the Carmichael decision, the Upper Tribunal allowed the Secretary of State's appeal but granted RR a ‘leapfrog certificate’, permitting him to appeal to the Supreme Court.

The Supreme Court, in allowing the appeal, held that there was nothing unconstitutional about a public authority, court or tribunal disapplying a provision of subordinate legislation (e.g. a statutory instrument) which would otherwise result in their acting incompatibly with a right under the European Convention on Human Rights and the Human Rights Act 1988. It ordered that RR’s housing benefit should be recalculated without making the under-occupancy deduction, as the decision had breached his rights under the European Convention on Human Rights.

The ruling will have huge significance to the 130 “lookalike” cases that have been stayed, awaiting the outcome of this appeal. 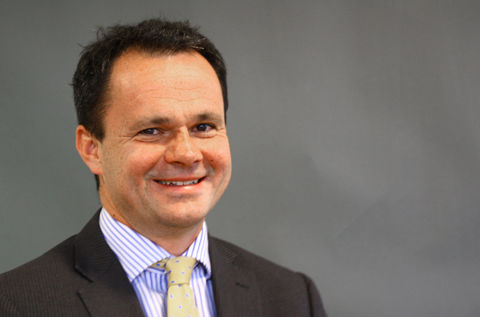 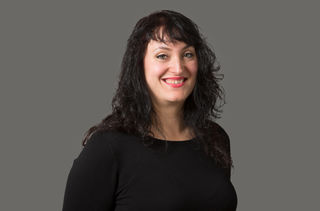 The Government announced a new Right to Regenerate, aiming to make it easier to develop vacant, void, or derelict b… https://t.co/slUHbmJYm3

Brought to you by our seasoned team of housing specialists, our monthly #ukhousing case law update provides a summa… https://t.co/gBaGXY4IBm

The Housing Secretary announced a series of #leasehold reforms to reduce the financial burden placed on many leaseh… https://t.co/YJvOmay8zp

The Government has issued its Green Paper on #procurement reform. In this insight, we examine the proposals, whethe… https://t.co/oHrN6zGOut

The ability of landlords to recover #possession of their properties has been limited due to #Covid-19. The… https://t.co/ffWKXSIuLZ