In possession proceedings against a disabled tenant, the Court of Appeal has held that a suspended possession order under the Housing Act 1988 did not require an additional proportionality inquiry under the Equality Act 2010 in order for it to be executed, and was thus not discriminatory.

The Landlord (Paragon Asra Housing) had begun possession proceedings against a disabled tenant (Mr Neville), who had admitted to breaching his tenancy after committing anti-social behaviour.

Paragon Asra Housing accepted that the tenant's disability was a characteristic protected by the Equality Act 2010. A District Judge held that a possession order would not amount to disability discrimination because, while it involved unfavourable treatment of the tenant because of his conduct arising in consequence of his disability, Paragon Asra Housing had shown the treatment to be a proportionate means of achieving a legitimate aim. An order for possession was made, but suspended on condition that the tenant committed no further breaches of his tenancy. However, further complaints were later made against Mr Neville and, thus, Paragon Asra Housing issued a warrant for possession. Mr Neville applied to suspend the warrant. There was no suggestion of any material change of circumstances in Mr Neville’s circumstances since the making of the order, and the District Court held that it was unnecessary to consider whether eviction would discriminate against him on disability grounds. The District Court refused to suspend the warrant, but this was reversed by the County Court on appeal.

The Court of Appeal, in allowing the appeal, held that the District Court's approach had been correct. When making a possession order, the Court had undertaken the relevant proportionality inquiry and had been satisfied that possession should be given. The order was binding between the two parties and Mr Neville had no right, without any relevant change of circumstances, to require the Court to re-consider the same question upon Paragon Asra Housing's claim to enforce the order.

The ruling means that, unless there is a material change in circumstances affecting tenants, housing providers will not be required to contend again that it is proportionate to enforce a possession order as well as to have applied for one.

The Court of Appeal has held that a council incorrectly determined that it was reasonable for a severely disabled housing applicant to remain in her accommodation, and that it was in breach of the public sector equality duty.

The tenant (Miss Lomax) lived in a bungalow in Dorset that had been adapted to suit her needs; however, she lived alone and was a wheelchair user, and her isolated location was exacerbating her mental condition and affecting the care she received. She applied to Gosport Borough Council, where her family lived, for accommodation as a homeless person on the basis that it was unreasonable for her to remain in her accommodation in Dorset. The Council rejected her application, stating that other residents in Gosport lived in accommodation that was deemed unsuitable on medical or social grounds and that suitable housing in the area was scarce. Miss Lomax appealed

The Court of Appeal held that Gosport Borough Council had incorrectly compared her only with the “generality of persons” on its housing list, which breached the public sector equality duty. The Court also found that the Council had failed to take steps to meet the different needs of a disabled person and that the reviewing officer had failed to take the property's location into account when determining that it was suited to her needs, when this was actually the cause of her mental health problems.

The Court of Appeal has held that a local authority could not revisit or withdraw its decision that an applicant was eligible for homelessness assistance under Part VII of the Housing Act 1996.

The High Court, in granting the judicial review, held that Brent Council had completed its enquiries and made a final decision as to its duty to Mr Sambotin. Brent Council appealed, but the decision was upheld by the Court of Appeal.

The decision is a useful reminder to councils that once it has exercised a statutory power, it will be unable to remake the decision.

The High Court has held that a local authority housing allocation scheme which prioritised people who had been resident in the local area for 10 years did not discriminate against a refugee who had been refused registration on the scheme.

The claimant (Mr Gullu) had been granted refugee status and given temporary accommodation. He was refused registration on the London Borough of Hillingdon’s allocation scheme, as he did not meet the 10-year residence criterion. He applied for judicial review, claiming that the scheme unlawfully discriminated against him as a refugee and a foreign national, as refugees were less likely to be able to meet the 10-year residence criterion than non-refugees.

The High Court dismissed the application, holding that the local authority was justified in seeking to allocate its housing stock fairly, as the demand for public housing vastly exceeded supply, and that it was only required to treat Mr Gullu in the same as any other recent arrival.

The Local Government and Social Care Ombudsman has found that a mother and her autistic son suffered severe distress after they were placed in temporary accommodation below a neighbour who had previous warnings for anti-social behaviour. It found that Brighton & Hove City Council should have done more to investigate the problems with the flat and been given more suitable temporary accommodation.

As a result of the Ombudsman’s findings, Brighton & Hove City Council was told to apologise to the mother and pay her £750 to recognise the injustice caused to her and her son for leaving them in unsuitable accommodation. The Council also had to pay her £100 for the six month delay in reimbursing storage charges, and a further £150 for the inconvenience caused by its delay and poor handling of the complaint.

The investigation took place in May, but was only reported on 18 July.

A copy of the ruling is here and accompanying Ombudsman press release is here. 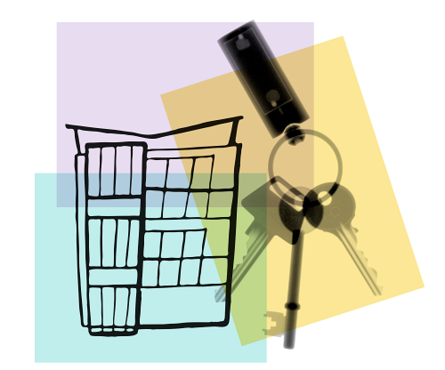