In Sawati v General Medical Council [2022] EWHC 283 (Admin), the High Court considered how to approach the situation where an individual’s defence has been discounted by a tribunal, and how that might be relevant to impairment and sanction. This “rejected defence” issue involves two “important and fundamental” public policy interests:

The High Court undertook an analysis of the case law in respect of the “rejected defence” issue and provided guidance as to how tribunals and courts should approach it going forward.

In this insight, Victoria Sheppard-Jones looks at this important case for practitioners in professional regulation in more detail.

The case against Dr Sawati

The GMC brought allegations against Dr Sawati relating to six separate incidents between 2014 and 2018, which included allegations of dishonesty. The dishonesty allegations included retrospective amendment of a patient’s record, stating that a colleague had agreed to swap a shift when they had not, and confirming in an interview that she was booked onto a course when she was not. Dr Sawati’s defence to the allegations was that she was not dishonest in her conduct but rather she had difficulties with communication and record keeping.

In August 2021, the Medical Practitioners Tribunal Service (the Tribunal) having found the above allegations of dishonesty proved, determined that Dr Sawati’s fitness to practise was impaired as a result of misconduct and ordered her erasure from the Register. In reaching its determination on sanction, the Tribunal relied on the fact that dishonesty had been proven in relation to three separate incidents, and that Dr Sawati had only shown partial insight, “compounded by her failure to tell the truth at the hearing.”

Dr Sawati appealed the Tribunal’s decision on the grounds that the finding of dishonesty was materially flawed and the approach to sanction was wrong and/or procedurally unfair. The Court rejected the appeal in relation to the findings of dishonesty but found that it could not be satisfied that the Tribunal had handled the issue of sanction fairly, nor could it be satisfied that the Tribunal had reached a decision on sanction that was demonstrably just. The Court therefore allowed the appeal in part, quashed the sanction and remitted the case back to the Tribunal for a fresh determination of the appropriate sanction.

The Court noted that Dr Sawati’s appeal raised an issue which had “regularly engaged” the appellate courts in recent years: namely how a professional can have a fair chance before a tribunal to resist allegations, particularly of dishonesty, without finding the resistance itself unfairly counting against them if they are unsuccessful. The Court further noted that the issue can arise at both impairment and sanction stages, although in Dr Sawati’s case it was only the sanction decision that was challenged.

The Court went on to identify two routes by which a so-called “rejected defence” might count against an individual. The first is a finding of lack of insight. Insight is generally considered an indicator by tribunals of remediation and therefore a reduction in the risk of the misconduct being repeated. A lack of insight conversely may support a finding that the individual is not capable of remediation and may present a continued risk to the public. The second route is a finding that the individual has not told the truth to the tribunal, which affects the tribunal’s assessment of the individual’s honesty and integrity in determining sanction.

The potential unfairness in the application of these principles, is that in defending themselves against allegations of dishonesty, which are then proved, individuals may be consequently further punished for the conduct of their defence. The way in which the courts have applied these competing interests in the past appeared to the Court to have been highly fact sensitive, thus requiring an analysis of the relevant case law.

In Misra v GMC [2003] UKPC 7, the Privy Council opined that in circumstances where the respondent doctor’s defence had been disbelieved, it was “unnecessary and oppressive” to add allegations of dishonesty on the basis that the doctor lied to the tribunal in his defence.

However, an individual’s attitude to the events which give rise to the specific allegations against him, is something which in principle a panel can take into account when determining both impairment and sanction; Nicholas-Pillai v GMC [2009] EWHC 1048 (Admin). In that case, the respondent doctor had not only denied forging medical notes but had also denied an intention to mislead. Had he admitted one or both of those elements, it may have been to his credit.

The authorities reveal that a lack of insight into one’s misconduct, particularly in sexual misconduct and dishonesty cases, may be an important factor in determining impairment and sanction, because without appropriate insight, there may be a significant risk of the behaviour continuing. However, maintaining one’s innocence is not determinative of a lack of insight; Motola v GMC [2017] EWHC 2923. Lack of insight may involve a more complex reluctance on behalf of the individual to be willing to engage in changing one’s behaviour; Motala v GMC [2017] EWHC 2923 (Admin), GMC v Khetyar [2018] EWHC 813 (Admin).

The High Court in Sayer v General Osteopathic Council [2021] EWHC 370 (Admin) reviewed the “rejected defence” principles and held that it was “wrong to equate maintenance of innocence with lack of insight”. However, where a registrant continues to deny any impropriety, it makes it more difficult for them to demonstrate insight, and that is a matter that a tribunal may take into consideration.

In Towuaghantse v GMC [2021] EWHC 681 (Admin), a doctor had refused to accept the findings of the Coroner and contested the allegations against him before the tribunal. The tribunal relied on the doctor’s lack of insight in determining sanction, on the basis that it showed a limited ability to remediate. On appeal, Mostyn J said that:

“In my judgment it is not procedurally fair for a registrant to face the risk of enhanced sanctions by virtue of having robustly defended allegations”.

Mostyn J qualified that by saying that a distinction should be drawn between:

In the former, such conduct may be relevant to impairment and sanction; but in the latter it would be unfair to hold those denials against the individual.

At first blush, Mostyn J’s judgment may be considered inconsistent with the earlier judgments of Nicholas-Pillai, Motala, Khetyar and Sayer. However, arguably, those cases were fact specific. In Nicholas-Pillai, a dishonesty case, the doctor had both denied the forged document and the intention to mislead, rather than simply putting the GMC to proof. In the cases of Motala, Khetyar and Sayer, the Court was more specifically concerned with a continued inability of the individual to remediate, rather than simply an individual’s defence to the allegations.

The reasoning in Towuaghantse was relied upon in Al Nageim v GMC [2021] EWHC 877 (Admin). In that case a doctor had not simply put the GMC to proof, but had knowingly advanced a positive dishonest case in respect of allegations of dishonesty, such that the Court found that it fell within that situation described by Mostyn J, where such conduct could be considered relevant to impairment and sanction.

The rejected defence issue had most recently been considered by the Court in Ahmedsowida v GMC [2021] EWHC 3466 (Admin), in which it was said by Kerr J that:

“I do not think the principle is sophisticated or complicated. It is just ordinary due process. Contesting the charges, even robustly, should not be treated of itself as evidence of lack of insight; something more must be shown. A finding that blatant lies were told to the tribunal is one possibility. A long hiatus between the fact finding, and impairment and sanction stages may be a contributing feature.”

Having reviewed the case law, the High Court in Dr Sawati’s case derived a number of principles that ought to be considered in “rejected defence” cases. These can be distilled as follows:

i. Consideration should be given to the nature of the primary allegations and whether the state of mind of the individual (i.e. dishonesty, knowingly, deliberately) forms a significant part of the allegations, such as in fraud cases for example. In such cases, it may be appropriate for a tribunal to consider the “rejected defence”, as opposed to those cases where state of mind is not relevant at all or is secondary to the true nature of the allegation.

iii. The tribunal will need to consider whether there exists a lack of insight beyond a mere denial of the allegations. Denial of conduct in conjunction with a demonstrable inability over time, to remediate one’s conduct, will likely be relevant to sanction. At the other end of the spectrum, a “robust defence at the fact finding stage” is less likely to be relevant to sanction.

iv. Finally, consideration must be given to the nature of the “rejected defence” itself. If the defence itself amounts to “blatant lies” being advanced to the tribunal, that may be a relevant consideration for the tribunal in determining impairment and sanction. However, if the nature of the defence is a mere denial or involves general acceptance of the facts but not the allegation, then it would likely be unjust to hold such a rejected defence against an individual.

Key points to derive from the case

The Sawati judgment confirms that a tribunal may take into consideration an individual’s failed or “rejected defence” when considering impairment and sanction, if it is fair and just to do so.

Practitioners need to be mindful of the above principles (set out at paragraphs 104 to 109 of the judgment), before making submissions on the relevance of a “rejected defence”, including lack of insight and lies to a tribunal, and how the same may be utilised at impairment and/or sanction stage.

We have represented numerous regulators for more than 20 years. Our large team of specialists has a vast amount of experience in investigating and preparing cases for hearing, as well as growing team of advocates who present cases before panels and tribunals.

For more information on any of the issues discussed in this insight, please contact Victoria Sheppard-Jones or any of your regular contacts at Capsticks. 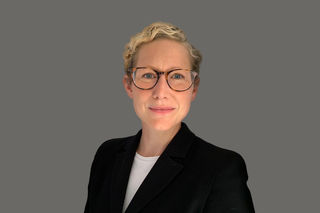