Will a Good Work Plan Make It Better?

The Government has this week published “the Good Work Plan”, its response to “Good Work”, the review into modern working practices which was led by Matthew Taylor in late 2017.  Good Work has in particular raised issues about employment status and minimum rights for workers in the so-called 'Gig Economy'.

The Good Work Plan promises greater clarity for employers and employees. However it does not in itself offer any additional rights, but rather seeks to enforce and promote existing rights, such as the right to receive a statement of “day-one” rights including holiday and sick pay entitlements, and the naming and shaming of employers who do not pay tribunal awards.

The Good Work Plan is published alongside four separate consultation documents, focusing on the following areas;

Key areas considered by each of the consultations are set out below:

The consultation document seeks views on achieving greater clarity on worker status, including whether the Government should enshrine in legislation the definitions of employee and worker status, and whether the current tests of employment status, focusing on mutuality of obligation, personal service and control, remain relevant in today’s workplace.

This consultation is focused on how to ensure workers are afforded the necessary rights and protections, with greater transparency around contractual arrangements. It is proposed that all workers should be given a statement of their day-one rights and a payslip (a right currently only afforded to employees), and a right to “request a change in contract to improve predictability”.

This consultation focuses on the need for greater clarity and transparency in relation to agency workers. It considers the information that should be provided to work seekers, the regulations governing employment agencies and employment businesses, and whether or not the so-called Swedish derogation, which allows work seekers in certain circumstances to opt out of agency workers’ rights, is being abused and should be repealed.

It is proposed that it will be made easier for employees to enforce employment tribunal awards and that employers who fail to comply with awards are “named and shamed”. HMRC should take responsibility for enforcing the basic set of core pay rights that apply to all workers, such as national minimum wage, sick pay and holiday pay for the lowest paid workers. Further proposals include the possibility of aggravated breach penalties and uplifts in compensation for persistent breaches.

The consultations will close on various dates in May and June 2018, with the Government then having to consider the responses before determining what action should be taken. It will be some time before we gain any further clarity on the future of modern working practices, let alone before there are any changes in the law. Until such time, the uncertainty surrounding employers and workers, particularly those operating in the Gig Economy, persists.

For further information on how this issue might affect your organisation, please contact Victoria Watson or Bridget Prosser. 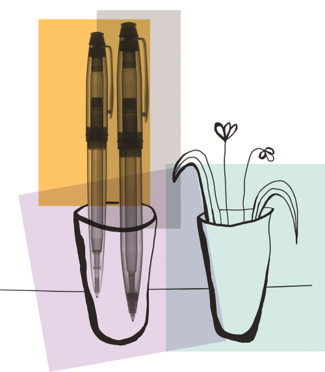