In its judgment, the Court emphasised:

In this insight, Jackie Carson explores the decision in more detail.

The timeline of interim orders

Various allegations were brought against Dr Webberley. A hearing before the Medical Practitioners Tribunal Service began on 26 July 2021, and was listed for 55 days. On 15 October, the Tribunal adjourned part-heard in order to determine the facts. The resumed hearing was listed for January 2022 for four days, and the determination on the fact finding stage was due to be delivered in April 2022.

Dr Webberley first had interim conditions imposed on her practice in May 2017, but those were replaced by an interim suspension in November 2018. This interim suspension was maintained by the Interim Orders Tribunal and then by an application to the High Court for an extension of the interim order in November 2019, which was dealt with by consent.

The GMC applied to the High Court for a further extension of the interim order, requesting a period of eight months from December 2021 until August 2022. The Court granted the application, but only extended the order for three months.

The Court noted that the witness statement in support of the application for an extension did not:

The Court said that the GMC had a “duty of candour” to bring before the Court “not only the underlying factors that led to the proceedings against the doctor in the first place, but also material relied upon by the doctor in defence of that allegation, in particular where that material has been adduced before a Fitness to Practise Tribunal and should include reference to the fact that allegations have not been pursued...”.

If that information was not before the Court, there was a risk that the Court would be seriously misled as to the true nature of the position in respect of the doctor. This duty is particularly important as applications to the Court for extensions of interim orders are often dealt with by consent, by registrants who are often not legally represented and who may not raise all the arguments they could do before the Court.

The Court noted that it “must have become predictable” towards the end of the 55 day original listing that there would be a need to reconvene to determine the factual issues before the Tribunal could go on to consider the questions of impairment and sanction. The Court said that “a properly proactive system should have been considering how that was to be achieved within a reasonable period of time”. Although some of the reasons given to the Court for the delay related to staffing and premises issues, the Court held that those were matters which a “properly operated tribunal system would have in mind” when making resourcing decisions.

The Court referred to recent case law in civil proceedings, in which the Court said that the general, albeit unwritten, rule was that a judgment should be delivered within three months of the hearing (NatWest Markets Plc v Bilta(UK) Ltd [2021] EWCA Civ 680and Bank St Petersburg v Arkhangelsky [2020] EWCA Civ 408). The Court held that these cases were relevant in cases such as Dr Webberley’s, where issues of dishonesty arose and where a person’s reputation and future employment prospects may turn on how quickly a judgment is delivered.

The Court held that a delay from October to April was “incomprehensible and indefensible”. Accordingly, it ordered a limited extension of three months which it said would be sufficient to allow the Tribunal to deliver its decision on the facts in accordance with the time limits referred to in Arkhangelsky. The judge – His Honour Judge Pearce –asked that his comments on both the defects in the witness statement and the issue of delay –be fed back to the Tribunal and the GMC.

We have represented numerous regulators for more than 20 years. Our large team of specialists has a vast amount of experience in making risk assessments and advising on the need for interim orders, as well as making applications to interim order panels and to the High Court for extensions of such orders. For more information on any of the issues discussed in this insight, please contact any of your regular contacts at Capsticks. 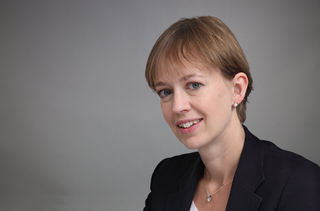