Court of Appeal dismisses appeal by the General Osteopathic Council, but provides welcome commentary on the handling of conditional discharges

In this insight, Jo Howard explores some of the key points to be drawn from the Court of Appeal’s decision in respect of the handling of conditional discharges in disciplinary proceedings.

Mr Wray was an osteopath.  In March 2018, he received a telephone call from a man who said he had attacked Mr Wray’s daughter and would do so again. He invited Mr Wray to speak to him. Mr Wray drove to a place identified by the caller, where he was surrounded by young men who attacked his car. As he got out of the car, he picked up a softball bat (he said for the purpose of a deterrent and self-defence) which he held by his side. Someone snatched the bat and hit Mr Wray over the head with it. Mr Wray was charged with possession of an offensive weapon in a public place, contrary to section 1(1) of the Prevention of Crime Act 1953 (PCA). On the advice of his then solicitor, he pleaded guilty in the Magistrates’ Court and was conditionally discharged. Mr Wray was subsequently advised by a new legal team that he would have had a defence to the charge. He sought to appeal, but his application to appeal out of time was rejected.

Mr Wray reported himself to the GOsC who commenced proceedings against him. By virtue of section 14 of the Powers of Criminal Courts (Sentencing) Act 2000 (PCCSA) (subsequently replaced by a similar provision, but in force at the time), if a person is made subject to a conditional discharge, then the matter is not to be treated as a conviction. The GOsC therefore pursued the allegation as one of conduct falling short of the standard required of a registered osteopath (termed “unacceptable professional conduct” (UPC)) in accordance with section 20(1)(a) of the Osteopaths Act 1993; it was not a case relating to conviction under section 20(1)(c)).

The allegation against Mr Wray stated that on 10 March 2018, Mr Wray had with him in a public place an offensive weapon, namely a softball bat, contrary to s1(1) of the PCA, and it also stated that he pleaded guilty to that offence and was conditionally discharged for a period of 6 months. Before and during the hearing, Mr Wray admitted the alleged factual particulars to the PCC. The issue for consideration was therefore whether or not his conduct amounted to UPC. After the factual findings had been made, Mr Wray gave evidence, explaining the situation in which he had found himself, and the injuries he had sustained. He was questioned on this. The PCC expressed sympathy for Mr Wray, but found that his admitted behaviour did not meet the standards required and UPC was established. The PCC settled on the lowest sanction, an admonishment.

Mr Wray successfully appealed to the High Court. Ms Justice Collins Rice commented that the PCC must have accepted that it was not open to the GOsC to deal with the matter as a conviction case, but the proceedings were brought in such a way that in effect they amounted to an allegation of a conviction. The Judge considered this to be contrary to the letter and spirit of section 14 of the PCCSA.

The Judge found that the PCC had also conducted further fact-finding by questioning Mr Wray after the point at which this should have been concluded, and reached factual conclusions which were adverse to Mr Wray with no recognisable evidential basis or explanation as to reasoning or relevance.

Finally, the Judge concluded that Mr Wray’s conduct might be thought ill-judged and regrettable in a professional person, but it did not cross the required threshold of seriousness or risk of damage to the reputation of the profession and so did not amount to UPC.

The Court of Appeal’s decision

The GOsC sought to appeal the High Court’s decision on the following grounds:

Ground one – going “behind” the adjudication of the criminal court

Despite dismissing this ground of appeal, the Court of Appeal set out concerns about the High Court’s analysis. The Court of Appeal noted that Collins Rice J had not been referred to the authorities on section 14 of the PCCSA which establish the approach to be adopted when a regulatory body brings proceedings relating to a conditional discharge. The Court summarised that section 14 “does not prohibit reference in a case relating to conduct to alleged facts that are said to amount to UPC and to criminal conduct; nor does it prohibit proving those facts (including that they amount to criminal conduct), provided that, where the Registrant has been (a) prosecuted and (b) convicted and (c) made subject to a conditional discharge, the [PCC] may not refer to or rely on the fact of the conviction itself as evidence to prove (or assist in proving) the alleged facts or that they amount to criminal behaviour.”

The Court confirmed that the GOsC is required to prove the “factual basis of a guilty plea before a criminal court that results in a conditional discharge if that factual basis is to be relied upon as constituting UPC”.

In respect of the case of Mr Wray, the Court commented that the GOsC and the PCC’s approach in its formulation of the complaint and the procedure followed was “orthodox and lawful”. It had not, as was suggested by the High Court, adopted a “hybrid” procedure. As this was a conduct case, the PCC was not entitled to, and did not, rely upon Mr Wray’s conviction. If not admitted, the facts alleged to be UPC must be proved by admissible evidence. The Court confirmed that in such cases, “Admissible evidence may include the fact that the osteopath has on a previous occasion admitted either all or some of the material facts. Such an admission could be made by … pleading guilty to a criminal charge that incorporates allegations of some or all of the facts relied upon by the [PCC] as amounting to UPC.”

The key problem for Mr Wray was that he had admitted the facts before the Magistrates Court and had admitted the facts separately before the PCC. This constituted a formal admission rather than simply being evidence upon which the PCC could rely. The Court commented that it was therefore wrong of the High Court to say that the PCC had no proven facts or evidence capable of being criminal conduct. The effect of Mr Wray’s unequivocal acceptance of matters alleged in the complaint was that the facts were admitted and the PCC did not need further evidence or proof.  This ground of appeal was dismissed.

The Court of Appeal confirmed that it would have been wrong to impose a fact finding exercise after the PCC had announced its decision on the facts and before its decision on UPC. However, that was not what had happened in Mr Wray’s case. Instead, the PCC had afforded Mr Wray an opportunity to put his case. This was not a second stage of evidence gathering, but simply an appropriate step to take, particularly where the facts alleged in the complaint have all been admitted.  The Court of Appeal agreed that the High Court had erred in its interpretation of what had happened before the PCC.

The Court confirmed that, “There can be no objection to the hearing of contextual or other factual evidence after admission of all the facts … provided that (a) the questioning is and remains fair and (b) the PCC keeps a weather eye on the possible impact of such evidence, whether its admission is fair and whether it may be necessary in an appropriate case either to amend the complaint or to exclude the evidence because it is outside the proper ambit of the complaint that has been brought against the osteopath”.

Mr Wray chose to give evidence at the hearing in order to inform the facts he had admitted and on the issue of UPC. The evidence he gave came from answers to questioning and the evidence did not require an amendment to the complaint in order to render it admissible. This ground of appeal was upheld.

The Court of Appeal held that it was ultimately open to the Judge to exercise her own judgment on UPC (having shown due deference to the specialist nature of the PCC) and quash the original decision. The Court of Appeal therefore upheld her decision that Mr Wray’s conduct did not amount to UPC and dismissed the appeal. It is relevant to note that the Court of Appeal commented that the Judge’s decision in this regard was fact-specific to the unique circumstances of the case and should not be taken as a form of precedent for other cases.

We have represented numerous regulators for more than 20 years. Our large team of specialists has a vast amount of experience in investigating and preparing cases for hearing, including those involving conditional discharges and convictions.

For more information on any of the issues discussed in this insight, please contact Jo Howard or any of your regular contacts at Capsticks. 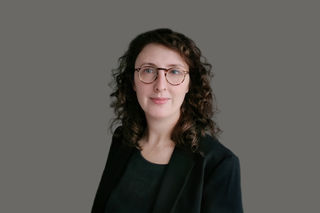